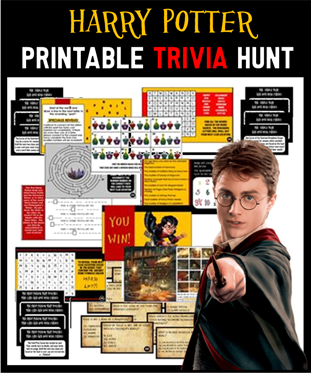 This party game features trivia so players should be familiar with the book/movies to play. We also have a version that DOES NOT have trivia, this would be perfect for an inclusive Birthday event where not all guests may be so familiar with the wizarding world .  If that is more of what you are looking for check out our other Harry Potter Party Hunt or check out our guide and printables for How to create your own Harry Potter Escape Room!

The following is included in the Harry Potter Treasure Hunt:

How to play the Harry Potter Trivia Treasure Hunt?

This hunt includes a clue locator sheet that has a list numbered 1-50.  For each number on the list you write a possible location where clues may be hidden.

This hunt comes with 20 clues that players must solve to find the "treasure". Twelve trivia questions, and eight visual clue puzzles. 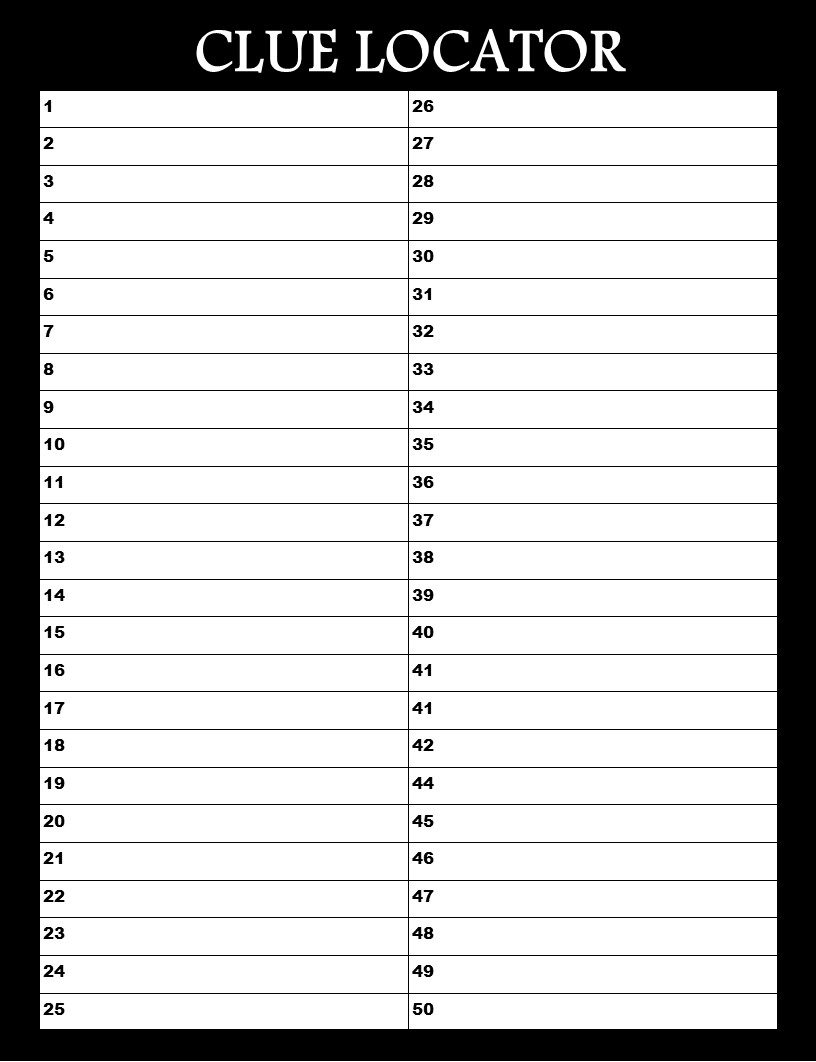 Each answer is numerical.  So if players believe the answer is #13 - then they would look on their clue locator and go to the place listed as #13 to find the next clue.  If they are right the next clue will be waiting, if they are wrong they will find a Curse card waiting that they must follow.  Then they must try again at the last question until they get it right. Since there are 20 clues, we have included 30 curses to fill up the rest of the Clue Locator sheet. Below you will find examples. 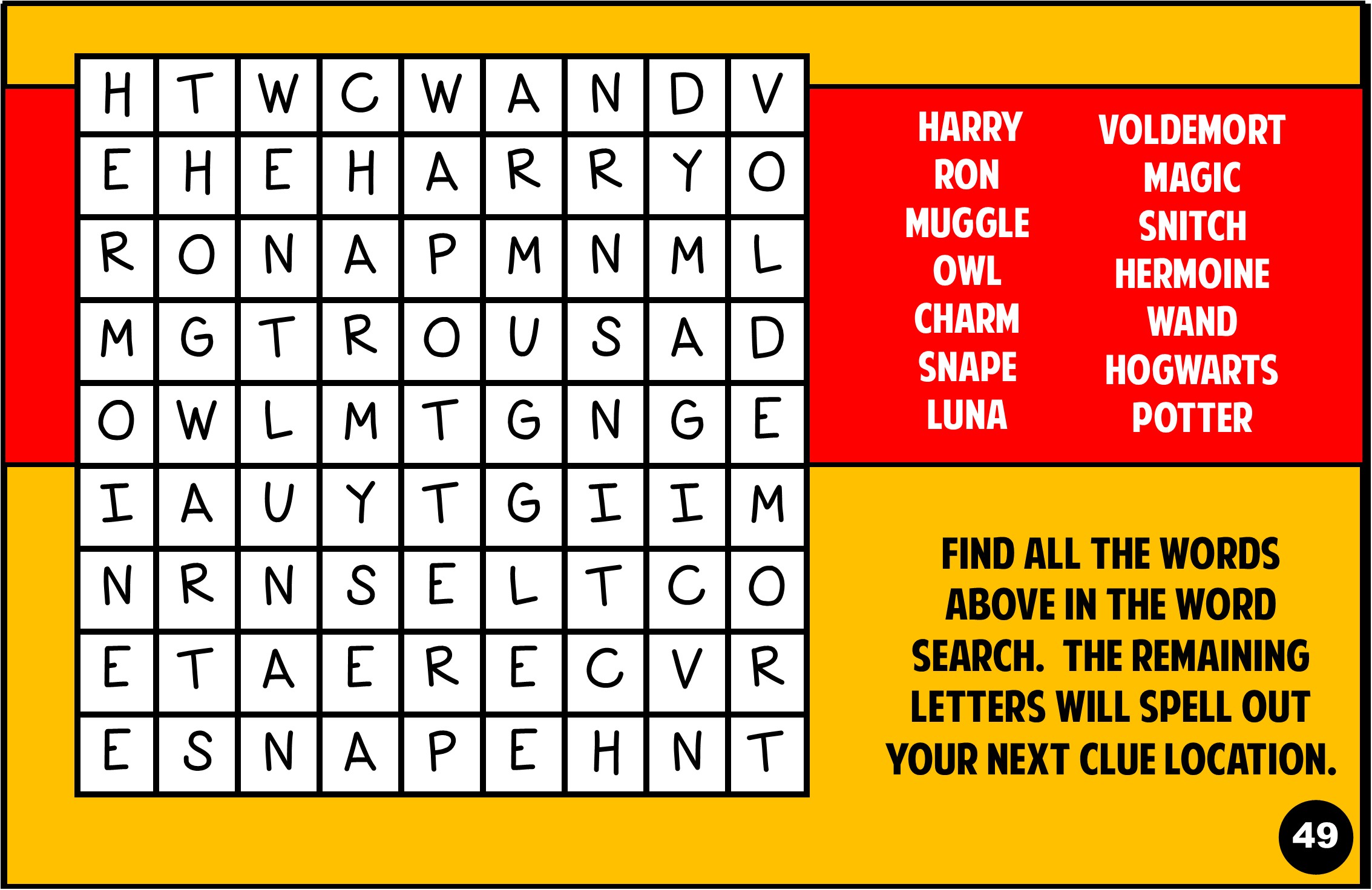 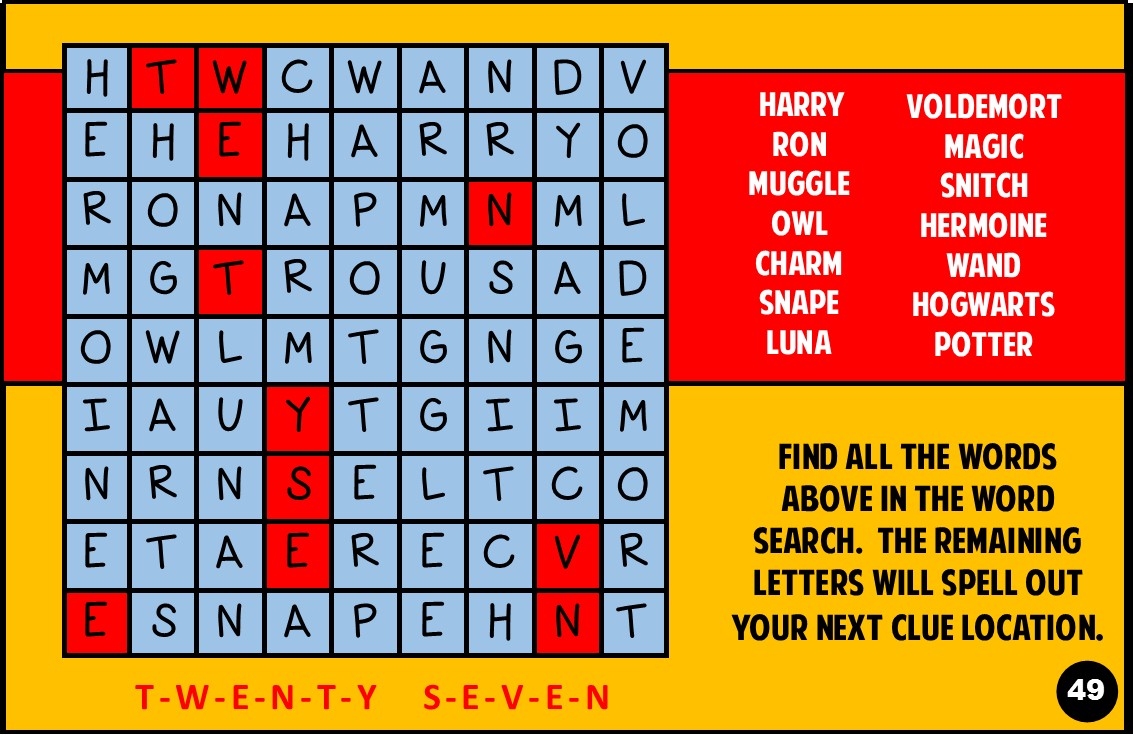 For this clue players would simply find and mark out all the words in the word search, the remaining letters spell out the next clue location.  As you can see on the solved example on the right the answer is TWENTY SEVEN. Players would look for their next clue in the location marked on the Clue Locator sheet as #27.

The other type of clues included in this hunt are trivia questions. You can find a sample below.For this clue the answer is Rubeus, which is number 16. After answering it they would then look on their clue locator and go to the place listed in spot number 16.  If they choose a different answer and go to one of those other spots listed they will find a "Curse" card waiting for them. 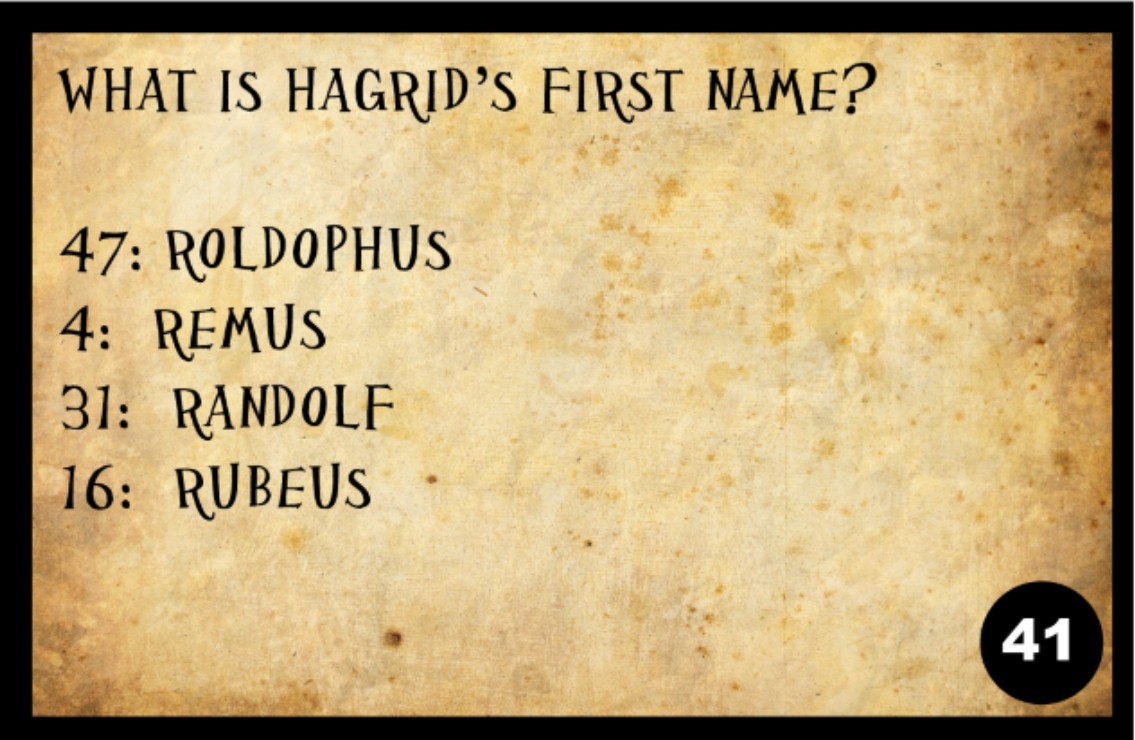 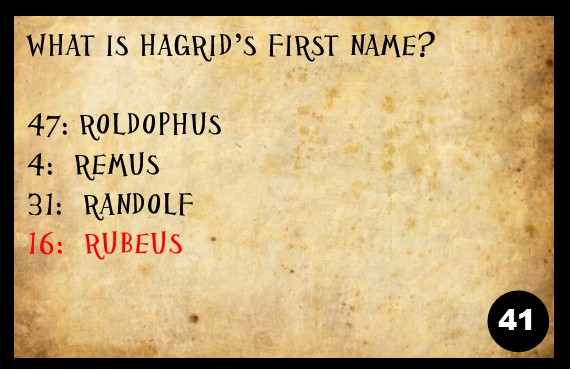 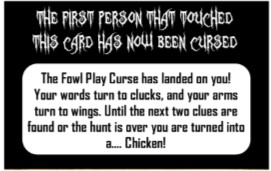 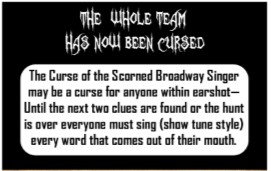 So how easy is it to set up and play
the Harry Potter Trivia Treasure Hunt?

You will need to place each of your clues and curses in a basic envelope (envelopes not included).  This makes it so much more fun because unless they are 100% sure of their answer, the team will not know whether they have found the next clue or a curse until they open it.  This will be funny in it self once they catch on that most curses land on the first person that touches it.  Again unless they are positive of their answer their will probably be some " no, you pick up" banter.

What age range is it for?  I would say between the ages of 10 and up.  The groups that I tested with were between the ages of 10 and 17.  Some of the clues may be too difficult for younger players (but if they are with a team with older kids then it could work fine) and some of the curses might be a little too silly for adults to be comfortable with (not me, I'm 34 and I love the chance to loosen up and act goofy).

Once I order how long does it take to receive? This is an instant download - once you order you should receive an email with 2 - 25 minutes with your instant download link. If you have any problems downloading it please email me at partygamesplus@yahoo.com.

*See what other have said about their game experience!