I grew up in the 90's and I have watched every episode of Friends at least 5 times.  This is a party theme for everyone who wants to celebrate by reuniting with an era that defined us.  If you are a younger generation and have a soft spot for the 90's or just the show itself, well who can blame you!?.  Our 90's theme party games will include activities and challenges that I think encapsulate the 90's, the show, and leave your actual friends talking about it for era's to come!

FRIENDS SHOW THEMED PARTY GAMES
The one with the Ball

In the one with the ball Joey and Ross start tossing a ball to each other in the apartment and it turns into a 24 hour back and forth, where Monica, Ross, and Chandler join in - ending when Phoebe comes over and is tossed the ball and, unaware of the game in progress, puts the ball down on the table.

We have created a game of 'THE BALL' that is a must play for and Friends show themed party.

Okay, so you don't need your game of toss to last as long as their game did. In our abridged version players toss the ball back and forth and every time they catch it they must name an episode of from the show.  If they name an episode that has already been named or take more than 10 seconds then they are out, they are also out if they drop the ball.  Last player in wins!

If the guests are not familiar enough with the show to play the above version consider playing it like a game of Hot Potato.  Toss the ball around to the friends theme song and stop it sporadically.  Whoever is holding the ball when the music stops is out.  Last player in wins! 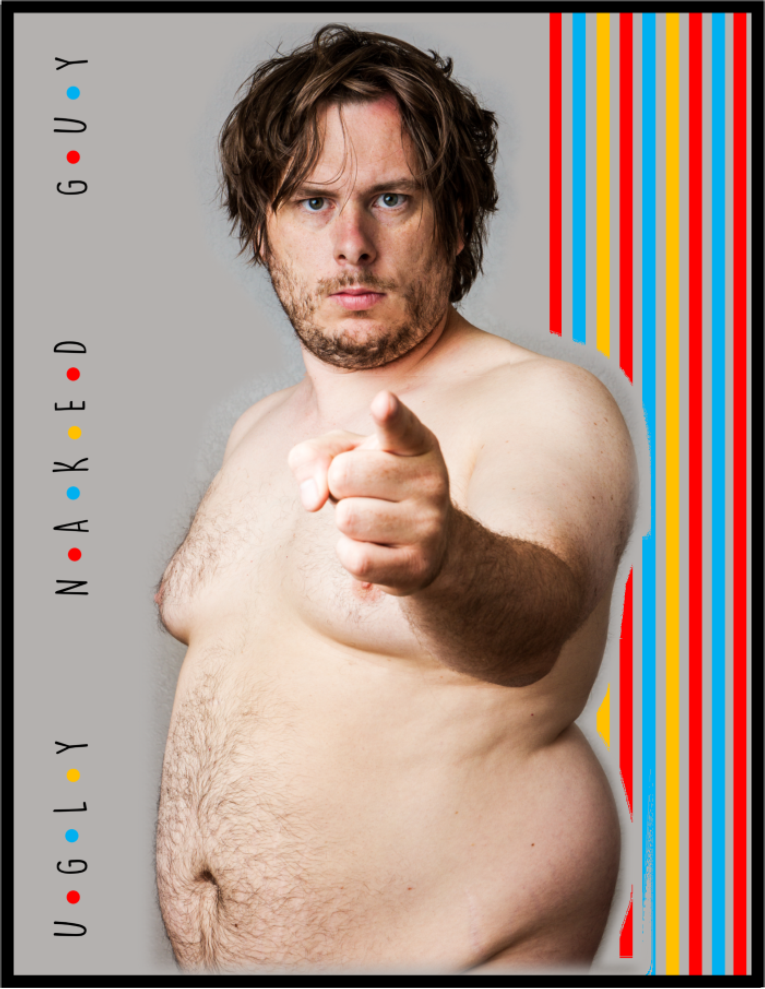 Remember when the gang used Joey's collection of chopsticks to fashion a long poking device in order to poke ugly naked guy from their apartment window to see if he was alive (he was).  In this game players are divided into teams
of two or three and given supplies - lots of chopsticks and a roll of tape.

Chandler made up the game of cups when he was moving out of the apartment with Joey and in with Monica.  He wanted to give Joey some money without making Joey feel like charity.  Chandler made up the rules of cups as he played with Joey so that whatever Joey had would win - our version of cups is a little different but still embraces the idea that any hand could be the winner if the cups are right.

You will need a deck of regular cards, our printable Cups Rule cards, and play money. The dealer deals all players two playing cards.  Next the dealer picks a Cups rule card off the top (Cups cards are in a stack facing down on table) and reads it.  The rule determines what hand wins that hand.  Cups Rule cards exam-ples: 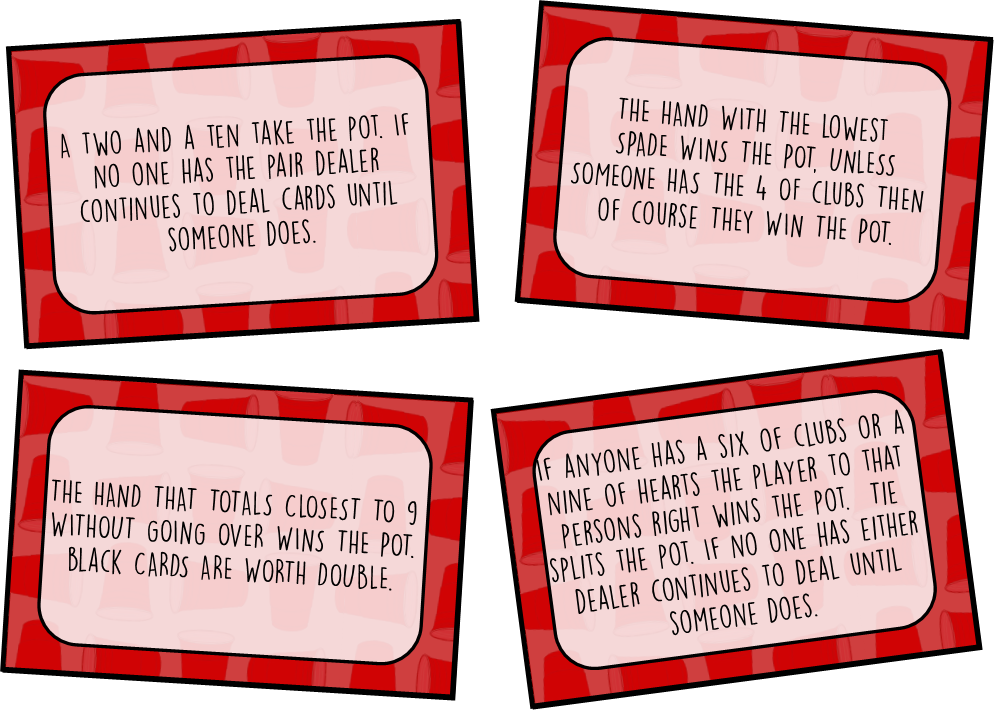 To play this game you can go all out like Ross did on the show with cattergories and a lightning round or you can try or simplified version - it depends on you.  The simplified version would make a great icebreaker because players can fill out their questionnaire as they arrive.

To play will need to come up with 10-20 questions  They can be basic questions such as:

Or you can come up with questions more suitable to your friends.

Once everyone has filled out a questionnaire about themselves - you can later use those questionnaires to test your friends and see who knows who better.

The Ultimate Friends fan challenge our treasure hunt isn't too hard, but it is crazy fun.  Players race to solve challenges, puzzles, and trivia based on the Friends TV show (see sample clues).  Each clue leads to the next and the first player or team to reach the treasure wins the game.  The treasure of course can be anything - perhaps you can create your own Geller Cup, or check out these awesome Friends show novelties. 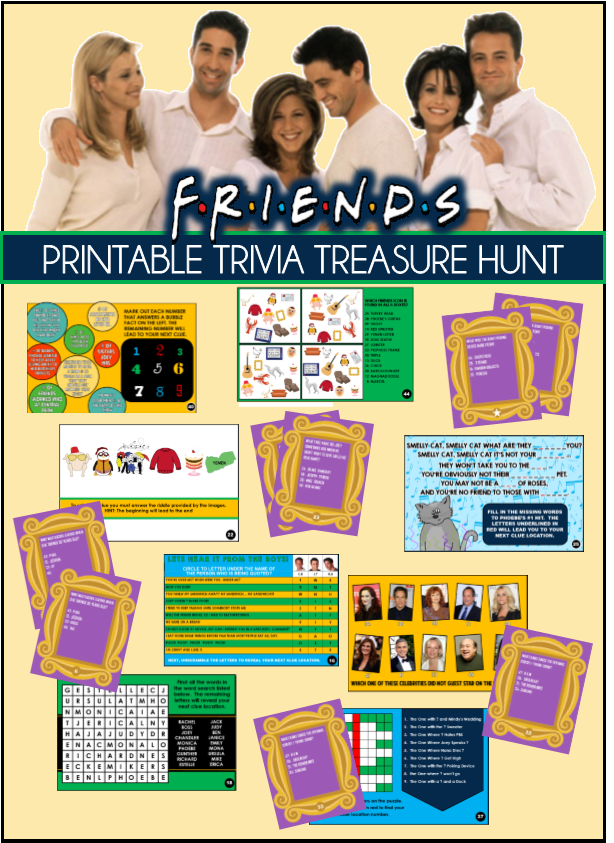 For this game you will need to come up with 30-60 quotes from the show.  If you can't come up with them yourself try here - print them out or write them down.  Now give each of your friends six index cards, each with a different characters name on it ( if you want to get creative you can print out headshots of each character).

To play read the quote and have each player place who they think said it facedown in front of them.  After 10ish seconds everyone reveals their pick.  The correct answers get a point.  After all quotes are read the player with the most points get a prize.  You can also play with teams.

How well do you know Rachel's eyes, Monica's nose, Joey's mouth - in this game you will need to print out pictures of all of the Friends features.  You can print out large head shots and cut out the individual features.  Glue or tape each feature on an index card and give each player one minute to sort all the features into whose belongs to who.  The player who gets the most correct wins!

Challenge your friends to a Friends themed obstacle course. Put on the turkey head (they sell a great one on amazon) and make it through the course as fast as possible. You can put your course together however you like.  Here are a few of my favorite ideas. 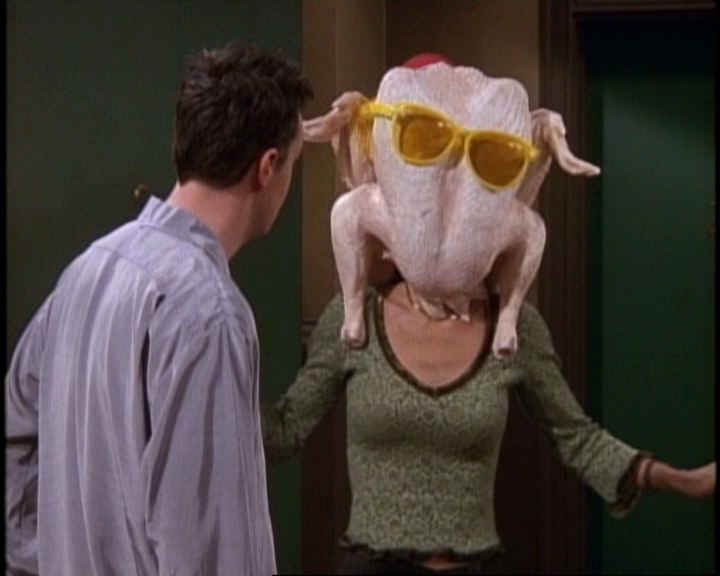 Have each player run through the course as fast as they can.  Time each player and award the one with the fastest time a prize.