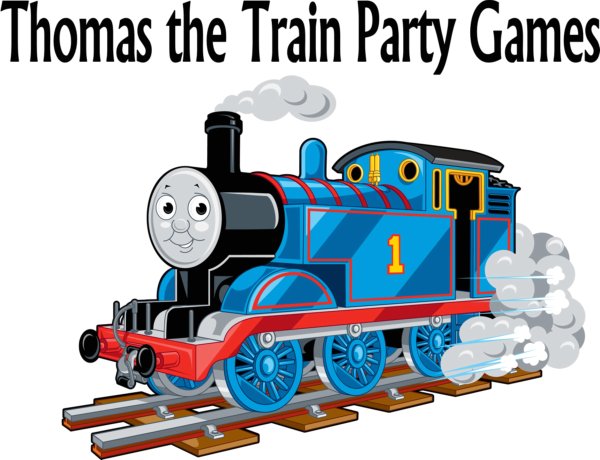 This activity is both a craft and a game. You’ll need enough medium size cardboard boxes so that each child receives one. Fold the top and bottom inside so that it creates an open ended box in which the children can step into and hold the box around their waist.

Before the party, paint boxes blue and line them up like a train. To make it easier you can even Pre-cut train wheels, Thomas faces, windows, numbers, and other items. When guests arrive they use the arts and crafts supplies provided (paint, construction paper, glue, scissors, etc..) to build their own train cart.

Let all the projects dry and at the end of the party have all the children get into their train box and join together to form a train. You can then chug along together through the house, around the yard, or (if you’re on the brave side) around the neighborhood. You can easily turn this into the follow the locomotive game below.

Played just like follow the leader. Line up the children and have the birthday child start as locomotive (line leader). Everyone must follow behind the locomotive and do as he/she does, such as skip, bunny hop, crawl, spin, walk backward, etc… After a minute or two blow the whistle (if you don’t have one you can just yell switch) and the caboose (last person in line) gets to come up to the front and be the locomotive. Everyone else stays the same. Play until everyone has had a chance to be the locomotive.

In a typical game if a child messes up they are out for that round, but you don’t have to play elimination. Just pay attention and after a few minutes pick the child who you think has been the best listener in the game to be the next conductor.

This is a fun seek and find party game perfect for younger children. You’ll need print out of train carts. Hide the trains all over your playing area and have the children look to find them and line them up in the right order (locomotive first, caboose on the end). This is non competitive, and kids have a blast hunting down all the train carts. For extra fun have the child call out “Choo, Choo” every time they find one!

Create train tracks on the floor all through your playing area with easy to remove masking tape or painters tape. Have the children lone up on the tracks like a train and chuga chuga down the tracks until they arrive to the final destination. This could be the cake and ice cream table, favor / goodie bags, whatever you want. To make the game more interesting include detours, forks, signs, etc…along the way. They can sing a fun song along the way or just make fun train sounds, it’s up to you.

This is an outdoor Thomas the train party game. Divide the players in half and assign one half to be the “locomotives” and the other half to be the “Caboose’s”. Pair up each locomotive to a caboose. On the start of go the caboose must chase after his or her locomotive and try to attach by holding onto their shoulders (or waist). The locomotives must try and escape by twisting and turning to get loose of their caboose. Every few minutes blow the whistle and have the cabooses become the locomotives and vise versa. The game is great for fun and letting loose all that party energy. 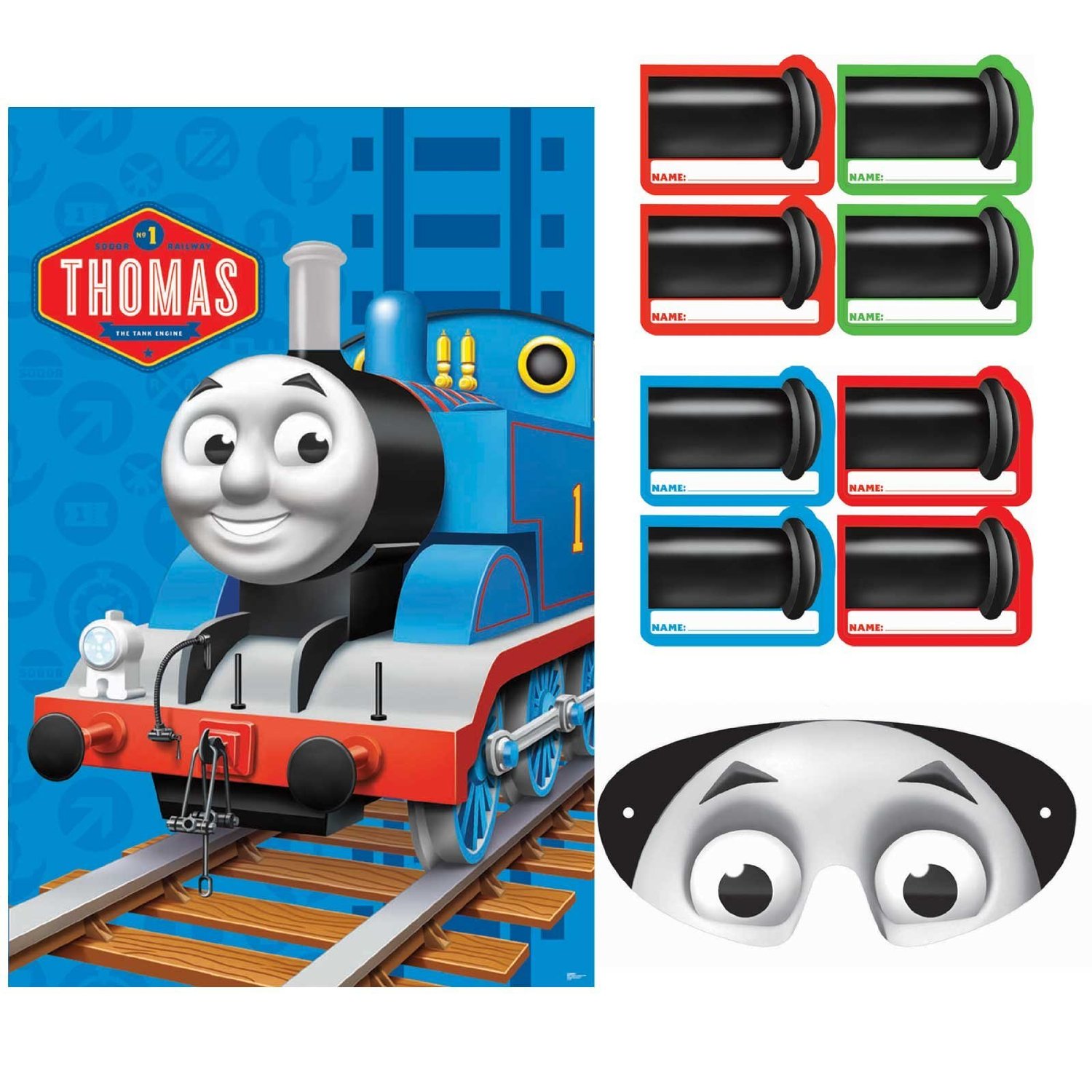 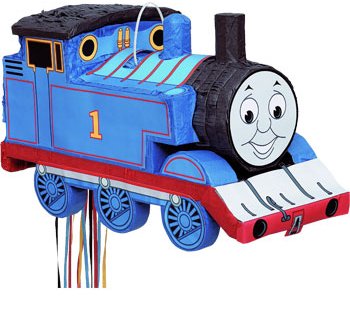 What I love about this piñata is that it doubles as a party decoration, and then later it is perfect for hanging up in the child’s room. No need to smash this adorable Thomas the train to bits with a bat, it’s a pull string piñata! Children take turn pulling ribbons until finally the correct one is pulled and releases a trap door in which all the candy falls out from. This I believe is a great alternative to the pinata’s that must be busted with a stick or bat, I’ve heard so many horror stories about these. Nothing kills the party like busted out teeth or bloody noses.