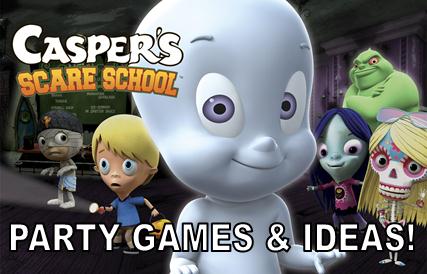 A Casper Scare School party is the perfect scary (but not really) party theme for kids between the ages of 5-10.  My niece requested this party in particular for her 7th birthday party theme.  I remembered Casper the friendly ghost from my own childhood, and of course the motion picture staring Christina Ricci form my teen years.  This new Casper cartoon was not familiar to me so I set out to do some research.  In Casper’s Scare School, Casper has been sent to a special school to learn how to be scarier.  Some of his friends and classmates include Ra the mummy, Thatch the vampire, and Mantha the zombie.  In coming up with games for this theme I went for fun and just a little spooky.  Below you will see the ideas I came up with.  If you can think of anymore I would LOVE to hear from you.  I also created a printable Casper Scare School party supplies you can purchase.  (see below games for details). 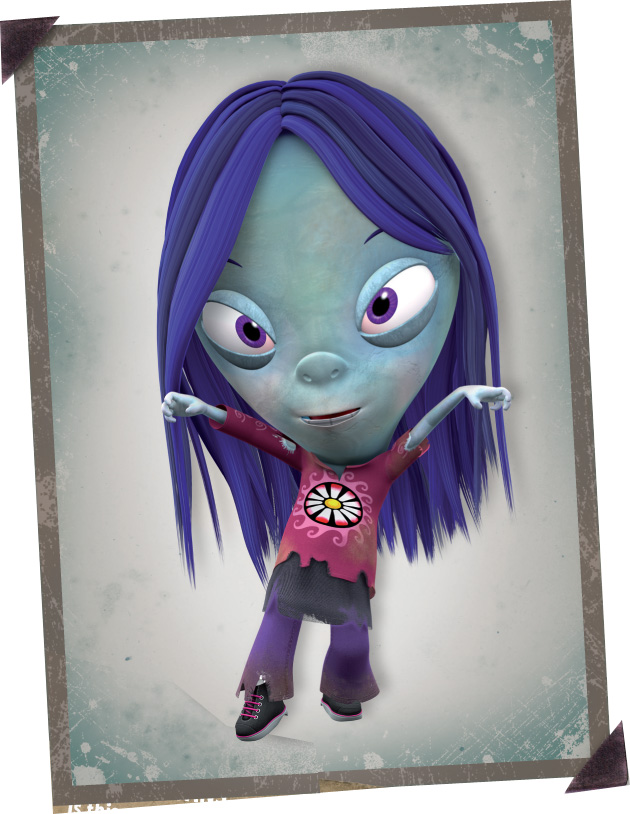 For this game I spread black trash bags all over the playing area. The trash bags represented graves.  All the kids were told to walk around like zombie’s while the music was playing.  When the music stopped they all had to find a “grave” as fast as possible as lay down on it and be dead.  This game is played just like the classic party game musical chairs.  I started with enough “graves” for each child and played a few practice rounds.  Then I started taking one “grave” away after each round.  Whichever zombie did not make it to a grave was out.  I gave a small consolation prize when each child got out (a bag of m&m’s) and a big prize to the last zombie survivor. 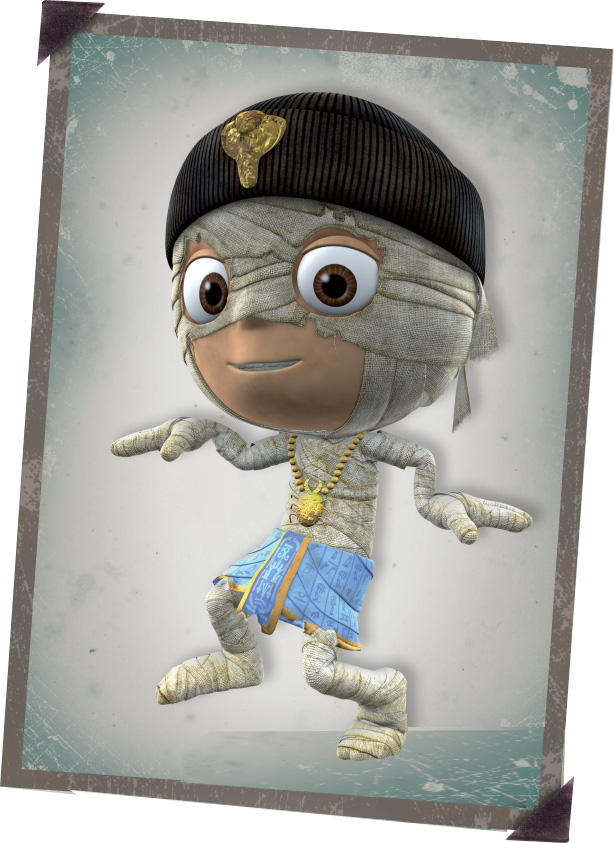 This is definitely an outside game.  I gathered the children in a semi-circle.  Choose one child to start and play Casper.  He or she sits in front of the other children with their back turned toward them so he/she can’t see them. Tap one of the children on the head.  This child must let out a scared scream.  Now all the other children chant;

Who oh who let out that scream?”

Now “Casper’ can turn around and gets three guesses as to who it was that screamed.  Let the screamer become the next Casper and keep playing until everyone gets a turn.

This was a simple game I set up that guests can do once they arrive at the party.  I filled a clear jar with gummy worms and had each child write how many they thought there were in the jar.  At the end of the party I announced the exact amount in the jar and awarded the child who came the closest with the jar.

This is an art contest.  I gave each child a white paper plate and provided construction paper, glue, markers, crayons, and other assorted odds and ends they could use.  The object was to make the scariest mask.  I also gave out little prizes for most creative, funniest, ugliest, etc… 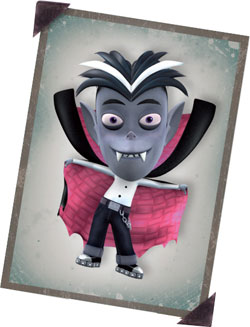 I divided all the children into two teams and gave each child a set of vampire teeth.  On one side of the playing area I had a long table covered in marshmallows.  One the other side of the playing area I had two bowls (one for each team).  All the children had to wear their vampire teeth and on the start of go they had to pick up a marshmallow in between there vampire teeth (hands had to remain behind their back the whole time) and run it over and drop it into their teams bowl.  All players can play at the same time.  The teams must get as many marshmallows into their bowl as possible within three minutes.  The team with the most marshmallows when the timer goes off WINS!