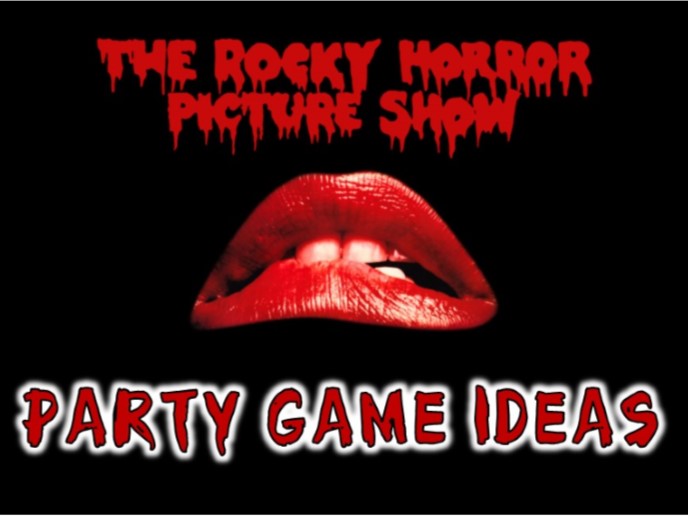 The Rocky Horror Picture Show began as a little-known West End play in 1973, and became a movie that critically bombed in 1975. Then, less than a year later, it exploded into the audience participation phenomenon that it remains forty years later. Grandmas, dads, daughters, and grandsons for four decades have made the pilgrimage to their local indie theater every Saturday at midnight, and spent the next day fishing rice out of their clothes and shoes.

There is nothing quite as iconic as Dr. Frank N. Furter in his fishnets and corset, Columbia with her screaming red hair and glittery top hat, or Brad in his tighty-whities.  These costumes have been Halloween staples for three generations now, and it's not unusual to see a Riff-Raff or an Eddie at almost any costume event you attend.

Throwing your own Rocky Horror party is guaranteed to be a good time! 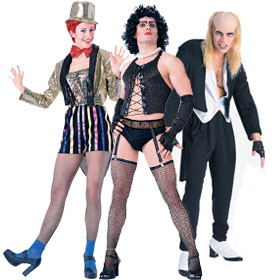 The #1 must-have activity at any Rocky party is the costume contest. Your guests dress up as their favorite unforgettable character, have guests vote on their favorites (it can't be themselves, of course),

You can add a twist and have each person perform a small impersonation or reenactment from the movie! 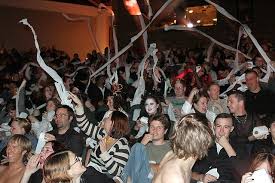 Screen Rocky Horror yourself! You can provide instructions and/or an ingredients list before the party, and put on the show when everybody is gathered together. To make things easier, you can download and print out our free RHPS audience participation guide, or use the special edition DVD that not only shows an audience actually taking part, but gives cues and instructions as well.

There's nothing quite like a midnight showing of Rocky Horror! For the sake of Rocky "virgins," you can include the participation directions with the invitation. 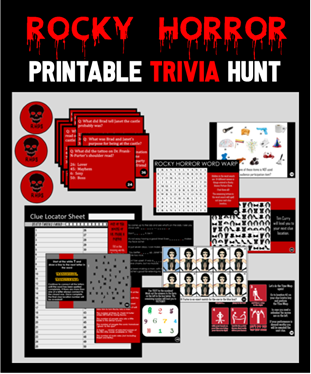 You can play it anywhere because YOU decide the hiding locations.  It uses 20 clues, puzzles, and brain teasers to test your friends knowledge of Rocky Horror - one clue even challenges them to perform the Time Warp moves. It is a game that will MAKE your party.

I can see you shivering with antici...partion!

Make sure you have a copy of the Rocky Horror Picture Show Soundtrack (vinyl is best, of course, but CD or digital will do!) at hand. Now and then throughout the party, play Time Warp at random intervals. All party goers much stop and do the Time Warp every time in order to be eligible for the prize at the end of the night. Let your guests vote on who does the best Time Warp again...and again! 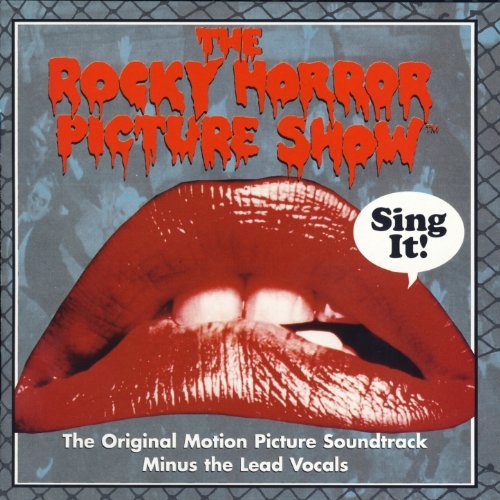 Rocky is a musical sensation like no other, but it is a musical! Anybody who's not a "virgin" knows pretty much all of the songs by heart, so encourage everybody to join in the fun!

Amazon has a great RHPS instrumental version with the original soundtrack without the lead vocals so your party goers, as one reviewer stated, "can now be Riff Raff doing "Science Fiction/Double Feature" and "The Time Warp," Dr. Frank N. Further singing "Sweet Transvestite" or "I'm Going Home," or Janet Veiss (sorry, Weiss) doing "Touch-A, Touch-A, Touch Me," or Brad Majors (a**hole) doing "Once in a While". 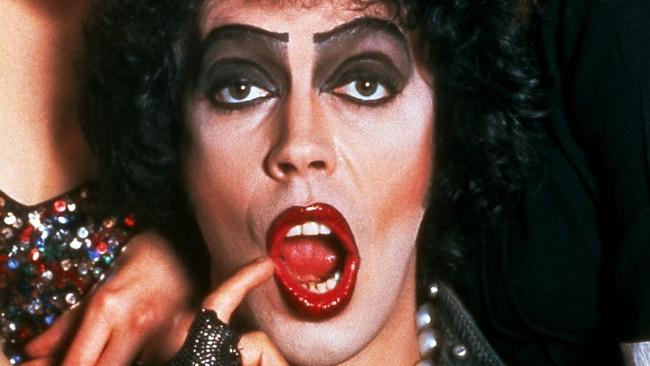 There are literally dozens of instructions and tutorials online that instruct you how to do the famous cosmetic stylings of Frank, Magenta, Riff, Magenta, and everybody in their Finale Floor Show makeup. If you or one of your friends is familiar with makeup, it can even be done straight from photographs. Everybody who wants to have their makeup done can do so -- like face painting at kids' parties. You can even buy complete Rocky character kits from many party stores. 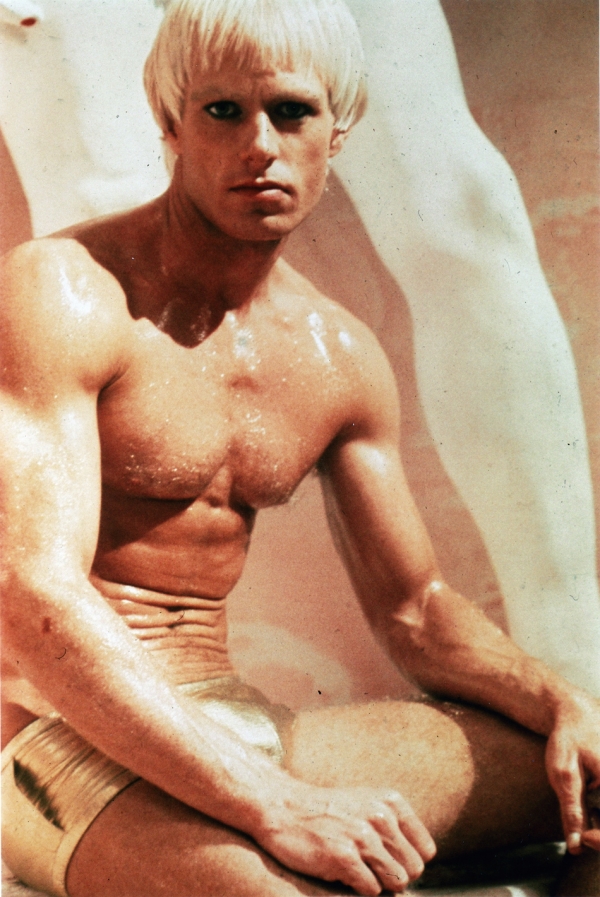 There are two versions of Rocky (the character) games. In the first, you  print out a life size (or close to it) head to toe shot of Rocky. You can also get one of any scantily dressed muscle man in his Speedos, and paste Rocky's face on it. Then, have a selection of body parts -- muscle groups work best. Blindfold your guests, and see who tacks the body parts closest to their true location.

The second version of Make You a Man is to make man-shaped cookies, and provide fun decorations (make sure they're edible!) so guests can make their own man, and then eat him!

If your guests come dressed as a character, they have a choice. They can act like their character all night, or they can take part with everybody else in drawing a character card. Then everyone has to stay in THAT character until the end of the party. Guests can then vote on who did which character best, and prizes can be given to the winners. It can be hilarious watching someone dressed like Frank act like Brad or vice versa!

Charades and Pictionary are fun in their own right, but when you throw on a cool theme spin, it's ten times better. To play Charades, just have cards with characters, objects, quotes, or situations from the movie, and have guests act them out. For Rock-tionary, have a large pad of paper, the person whose turn it is pull a card, and then they have to draw it on the paper. Guests can take turns guessing, or have everyone guess at once. If you have a large party, you can divide guests into teams, like Team Frank, Team Frankenstein Place, Team Brad & Janet, etc.

Werewolf is a fun mystery game that has taken the party activity world by storm. In the original game, guests are assigned certain rules of behavior based on character cards they draw. The ultimate point of the game is to use cues and clues to guess who the werewolves are. In the Rocky version, you can figure out who's each character, or only who is Frank (or other character you choose). Change the other roles to fit the Rocky universe. The Narrator, of course, will be the narrator. (A good description of Werewolf can be found on the internet).

No matter who your guests are dressed up as, they receive a sticky note stuck to their back with a Rocky character on it. Other guest then have to get them to guess who they are based on non-verbal clues. An alternate method is that players can ask questions about their character and try to guess. Whomever still has their sticky at the end of the note has to perform a Rocky song or other dare.

For those on a tight budget, you can find the Rocky Soundtrack on Spotify for free! Don't forget your boa, wax lips, and glitter top hat party favors, and Frank N. Furters, meatloaf, and Roast Eddie beef for your food! It's hard to beat a Rocky Horror Picture Show gathering!