Ever After High Party Games

Let's Thrown An Ever After High Party!

Fairy tales can be so captivating to the reader. They can take you to places, times and scenarios you never thought possible. Ever After High has brought those classic fairy tales to life and gone beyond the endings of happily ever after to give way to new possibilities. Now you can bring the Ever After High theme to your next party with these ever after games. 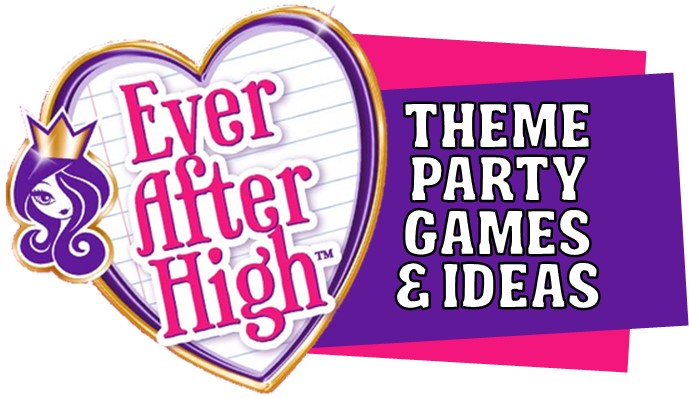 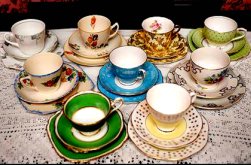 You’ll need mismatched tea cups, lots of sugar cubes, tea or other beverage, and a table for this activity. Set up as many teacups as you can on a table. The more funky the décor the better. Tape a small piece of paper to the bottom of each teacup with a number that coordinates to a small prize.

Fun prizes could be nail polish, bubbles, a pack of cards, candy, etc.…

Ever After High Party Games
Mad about Hats 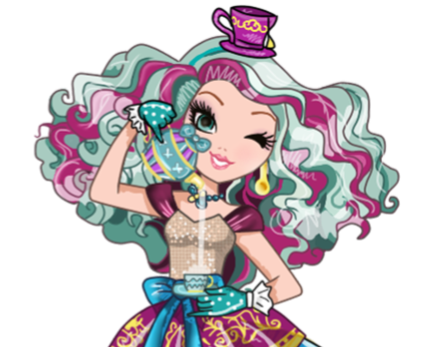 Madeline Hatter is madly in love with hats. This activity lets everyone get creative creating their very own fashion hat. Purchase a basic top hat (mini hats are more affordable) for each guest to decorate.

Provide a variety of extra wide ribbon, oversized tags (like the one on the Mad hatter's hat that says This style 10/6), glitter, glue, faux feathers, faux flowers, cloth bows/ rosettes and markers, etc..

Vote for most creative, mad, colorful, and/or beautiful.

Help Holly O' Hair come up with a new Once Upon a Time story! This activity will help all of your guests to tap into their own creative minds. You will need a pencil and a paper for the guests to share. Before the activity ends you will need to write the line “Once upon a time in a land far away…” on the paper. Give the paper to the first person and have them write two sentences to keep the story going. They will pass the paper and pencil to the next person. Once everyone has written a piece of the story have the guests take turns reading the sentences two at a time to hear the destiny the created for one another.

Ever After High Party Games
Lizzie Hearts House of Cards 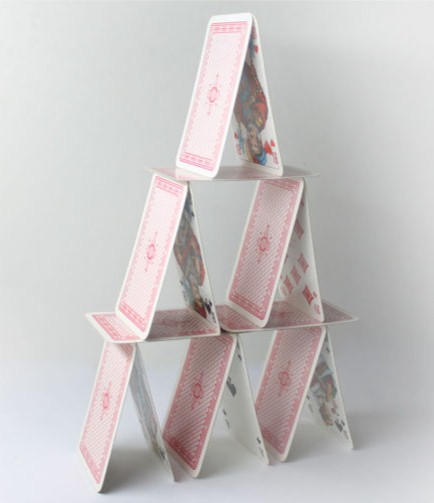 Provide each player with a deck of cards.  Place 10 minutes on the clock. When time runs out the player that has the biggest card tower built wins!

ALTERNATIVE:  Give each player a deck of cards and a pair of scissors.  They can use these scissors to cut slits in the cards in order to fit cards together.  Using this technique they are free to create a card sculpture of whatever they want.  You can turn it into a contest or just build for fun.

Ever After High Party Games
MirrorCast 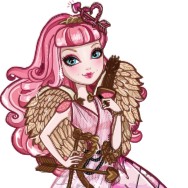 C.A Cupid hosts a MirrorCast that gives advice about love.  In this game players take turns choosing a situation card and giving their advice whether they would take it or not.  If another player says they would not take it, they must tell what they would do instead in that situation. The players can debate and try to convince each other. Other players vote and which ever players get the most votes wins that card.

Most of the characters have their very own quote.  Do you know whose quote belongs to who?  Can you guess who said;

This is a great game to play when guest are arriving, give them each a copy of quote game.  Give prizes to whoever gets the most quotes right, have enough prizes in case their is a tie.

Who can design the coolest pair of pumps?  Give each guest a print out of an outline of pumps and have them use markers, stickers, and glitter and such to design a unique pair of shoes.  Vote to see which pair wins the Ashlynn Ella award for best shoe.

ALTERNATIVE: Decorate actual shoes - the plastic princess shoes on the right are sold at amazon.com.  6 shoes for $8.00 can't be beat! 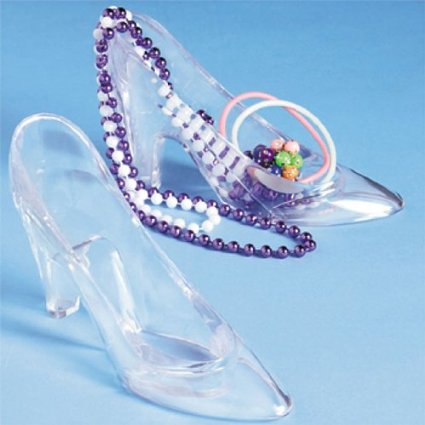 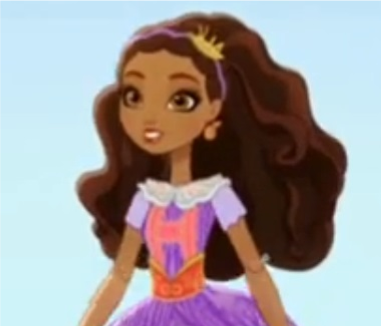 Give everyone three index cards, one card with the number 1, the next 2, and then 3.  Now each player takes a turn before the group and tell three facts about themselves, two being true one being a lie.  Everyone in the group must raise their card to guess if the first, second, or third fact he/she gave was the lie.   The teller can then reveal the answer.

All you will need for this game is a wand. This wand will symbolize the Queen of Ever After High but you have to win it to get that status. Have everyone gather around in a circle. The first person to go will put the wand clinched between their knees. They must pass the wand to the person to the left of the where they stand. They will attempt to grab it with their knees. If someone drops the wand they are out. The last two standing will face off by tossing the wand back and forth, but taking a step back each time someone tosses. The person to drop the wand is out and the other person becomes the Queen of Ever After High.