Once Upon a Time Party Ideas
OUAT party games & printables

OUAT -Once Upon A Time Party Games
Curses

If they don’t catch you within 10-15 seconds after you have placed the curse on them then the curse is now theirs.  If they do catch you then you have to take your curse back and pick up another one.  Have a bowl of extra ‘curses” for people who aren’t as sly as they think they are.  At the end of the party whoever has the least amount of curses wins, and whoever has the most amount of curses, well… I’m sure you can think of a fun penalty.

OUAT -Once Upon A Time Party Games
Who Am I?

Once a person thinks they have figured out a player’s character they must tell the host, but not so loud that other people can hear their guess.  If they are right they get a point.  The first player to three points wins!

OUAT -Once Upon A Time Party Games
Poison Apple

OUAT -Once Upon A Time Party Games
Emma's Liar's Game

Give everyone three index cards, one card with the number 1, the next 2, and then 3.  Now have everyone at the party stand before the group and tell three facts about themselves, two being true facts one being a lie.  Everyone in the group must raise their card to guess if the first, second, or third fact he/she gave was the lie.   The teller can then reveal the answer.

OUAT -Once Upon A Time Party Games
True Love's Kiss

Now have all the guys come back in.  They are challenged to guess whose lip print belongs to who.  They can only use each girls name once and they must make a guess on all the cards.

The reward, they get to kiss the girl if they guess her print correctly.  If you do not want to use real kisses you can reward a bag of Hershey chocolate kisses to whoever gets the most correct guessed.

OUAT -Once Upon A Time Party Games
Stolen Hearts

Set the timer for two minutes, each pair must try and pop as many of the balloons as they can within that time frame. This game is played against the clock. Everyone is divided into pairs and must blow up at least 10 balloons per pair.

“Hearts” can only be crushed by squeezing them together between the players’ chests. Other parts of the body (hands, feet) are not allowed

The couple who pops the most balloons wins.

OUAT -Once Upon A Time Party Games
Hook!

When someone in the other team thinks they know who has the hook, they must shout “Pirate!” and point out their suspect.

The accused player must stand up and reveal whether they in fact are the one who currently has the hook hand.  If they are the pirate, then guessing team wins a point. The hook is then passed to the other team for their turn. If not, the game continues as it was. The team with the most points wins.

To start each round one player on each team must be put up for anti (the cost of magic). Each side can now draw a spell card.  They can look at their spell card, but they must not show the other team.  The goal is to cast a stronger spell than the other side. The strength of the spell is determined by its numerical value. (number cards are face value, jacks 11 points, queens 12 points, kings 13 points, Aces 15 points) It's kind of like the card game of war.

Once both teams have made all of their deals they can cast their spells (lay down their cards).  The team with the strongest spell (highest numerical value) gets to bring all the players in anti to their side.  The first side to have collected all of the players wins!

This set comes in ready-to-print PDF file.  You can customize your details on the editable files!

The Once Upon a Time printable set comes with everything listed below: 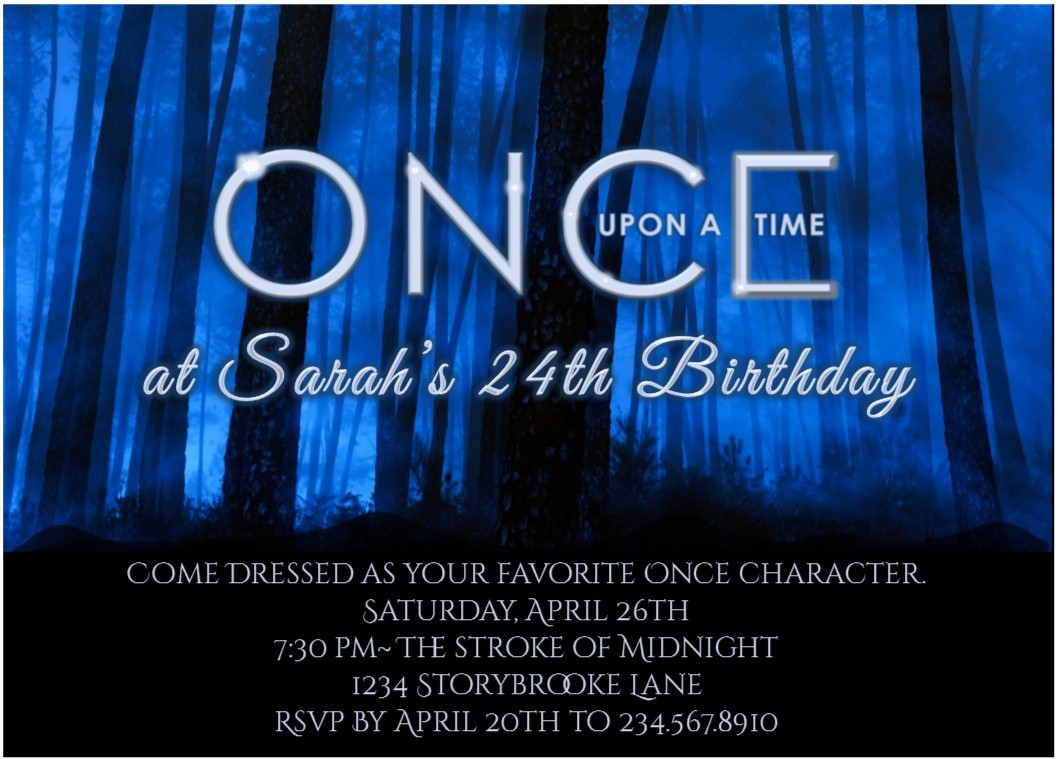