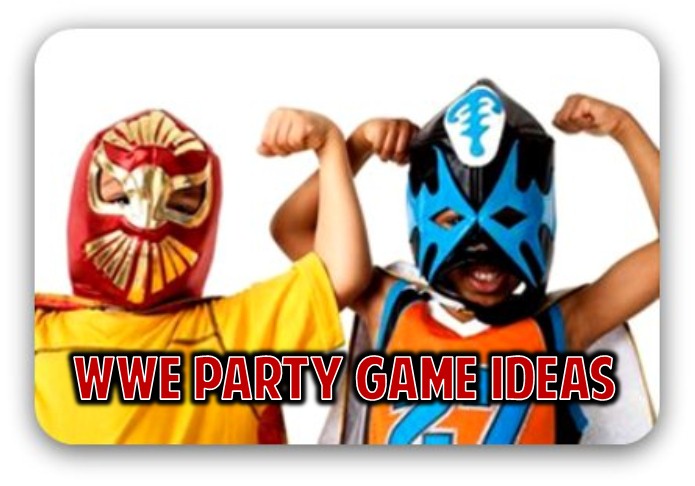 Are you ready to rumble? Get ready to throw your child an awesome wrestling party theme birthday bash with these fun ideas. If your child is a fan of WWE then a wrestling theme party might be the perfect party idea for them. Though you probably don’t want to have the kids actually wrestling each other at the party there are tons of other ways to turn your child's love of wrestling into a memorable birthday celebration. 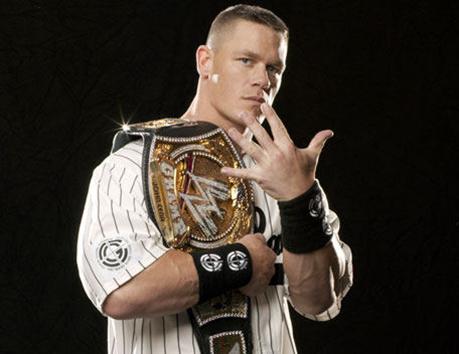 Let each child make and take home their very own championship belt!

Create the oversized belts before the party with black craft foam and Velcro to help fasten it around each childs waist. Create yellow buckles and write Champion on each. Let the children decorate their won buckles using gem stones from the craft store, foam letters to spell out their names, and WWE logo print outs.

This is a funtastic wresting game that lets kids show off their wrestling moves by “taking down” the bad guy. The bad guy is made of a pillow case with fabric strips sewed on to represent arms and legs, and a smaller case or bag attached for the head. Before each child’s turn the pillow case must be stuffed with balloons (also one in the head area).

The object is for the child to pop all the balloons in the bad guy as fast as they can by wrestling it. For fairness, make sure you use the same amount of balloons for each kids turn. The winner is the person who defeated (or in this case deflated) their opponent in the shortest amount of time.

TIP: A zipper closing pillow is best if you have one, it keeps the balloons from escaping. 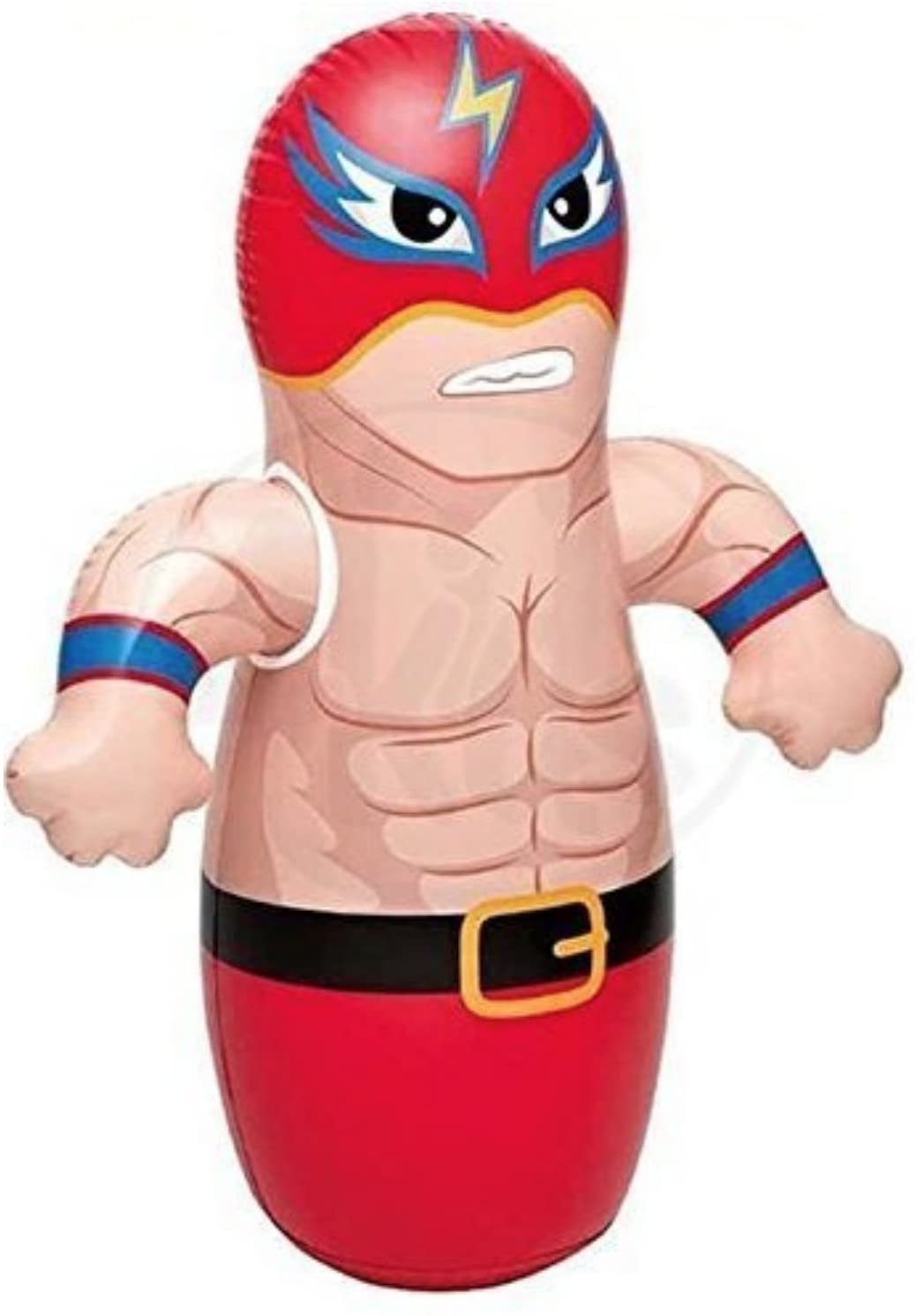 Purchase a WWE punching bag and let the kids take turns giving it their best kicks and punches. This is another fun way for the kids to get a chance off their wrestling skills.

This one I found on Amazon.  I included the link if you want to check it out.  I am not an Amazon affiliate.

Instead of a traditional Pinata why not have a volunteer adult dress up as one of the WWE’s bad guy and “steal” the bag of candy and goodies that you would have put in a piñata. The kids must chase him around the yard and try and hit him with a rubber ball. Every time he gets hit he must throw out another handful of candy. When the kids stop to collect their yummy reward he escapes. Keep playing until all the candy is gone.

Younger wrestling fans can play this “pin the tail on the donkey” alternative. You’ll need a poster of your child’s favorite wrestler. Each child will try and pin the championship belt onto the poster while blindfolded. Make belts out of construction paper that are proportion to the wrestler on the poster. 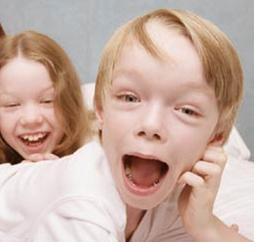 This is a fun wrestling game where the kids get to participate in an all guests royal rumble match. To play each child removes their shoes and their right sock. Everyone gets on their hands and knees and tries to remove other players sock while keeping theirs on. If their sock gets removed their out of the game. The player with the last remaining sock on wins!

Make sure you mark off the “ring” so everyone will know what the playing boundaries are. This can be done simply, by using some kind of markers or you can get more elaborate. An elaborate example would be to create your own wrestling ring life size replica.