two rooms and a boom! 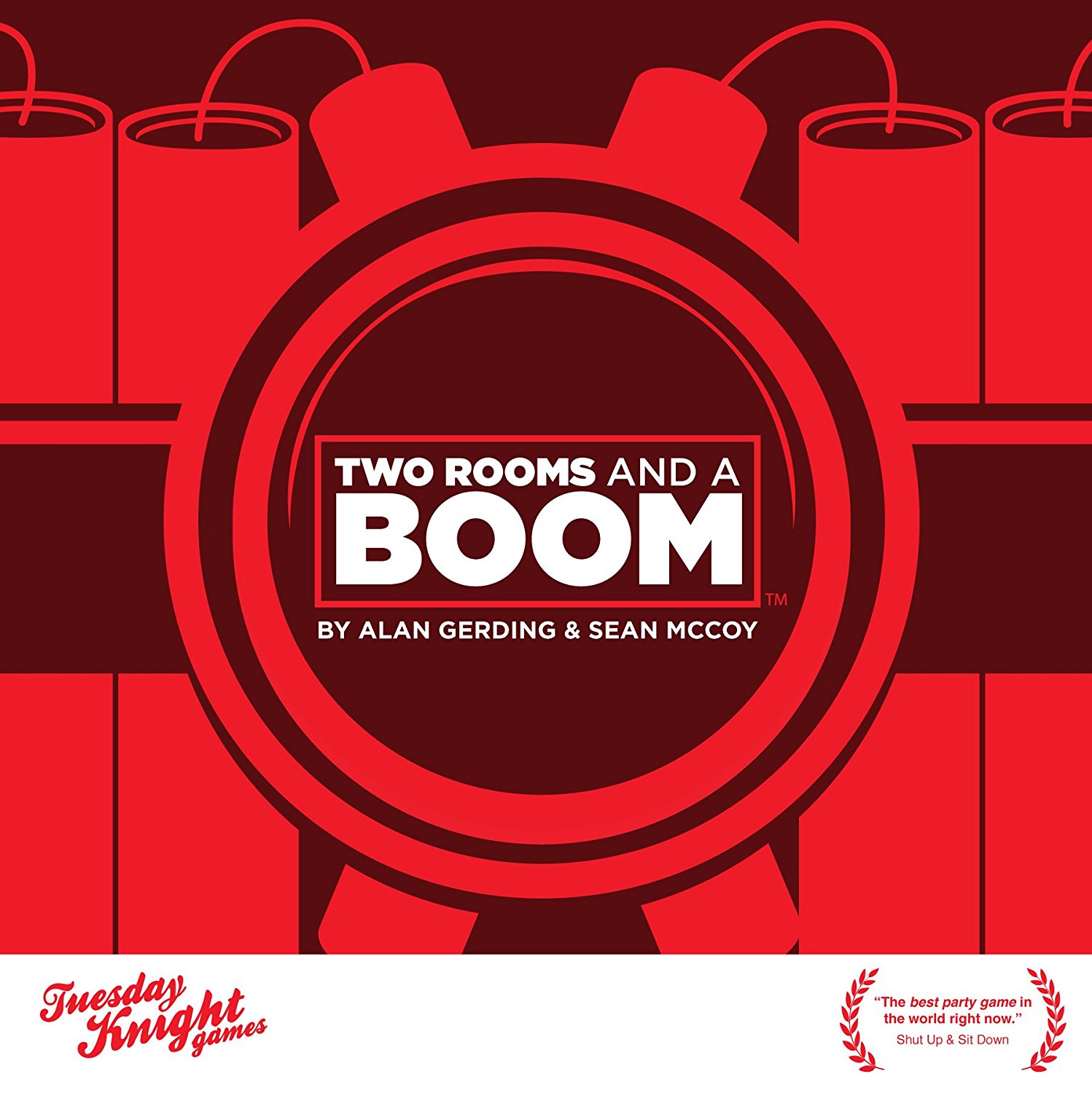 Stop your President from being blown up! But who is the President? More importantly... Who is the Bomber?! In this social game of hidden roles and deduction, players are divided into 2 different rooms. Find your teammates, establish trust, and exchange hostages before time runs out and the bomb explodes! It's the party game that's always a blast.

The game is relatively easy. Everyone is given a card with a role and a team color (blue or red). No one sees the card but you. Among the cards, someone is the president (a blue card), and someone is a bomb (a red card). You are split up into two rooms randomly. Each room decides on a leader. A timer is started, and negotiations begin. You can ask others in the room questions. You can ask to show your card. Your mission is to figure out who exactly is on your team and create alliances and weed out the enemies.

After time is up, each leader chooses three people to send to the other room. If you're on the red team, you need to have the bomb end up in the same room with the president after five rounds. If you're on the blue team, you need to keep the President safe and away from the bomb after the fifth round. Will the leader send the president into the room with the bomb? Or will he protect the leader? Do you want a new leader and have everyone rise up in revolt and dethrone that leader?

This game was tons of fun. I did watch youtube videos of people playing this before introducing it on family game night. As soon as everyone got the hang of it ( only took maybe 1 round to understand and the 1 more round to be completely comfortable understanding how to play) we introduced the doctor and engineer cards. This was a lot of fun and a hit. We will definitely be playing this one at every game night as the game has tons of expandable play cards that come in the box. No need to buy an expansion pack.

Brought this to a board game night at a bar. Everyone had so much fun!! First, the cards are plastic so I wasn't worried when someone accidentally dropped a card in a beer. Second of all, I can't think of any other game that would have played 12 people like this one. We had a mix of gamers with all experience levels. After the first game everything clicked and everyone wanted to play again right away. I came home at 1:30 am after playing and immediately started researching other player roles to plan games for next week.

Purchased this game for a church activity, seeking a game that could cater to 20+ people. Being relatively new to board games, but having a passion for them, I took a chance on Two Rooms and a Boom, my only concern being able to teach this game to 20+ people at once. It ended up working well, playing an initial game with my close friends, eight or so players -- they got the hang of it, and then when more people joined they were able to teach and help people out in the room.

The game was a hit overall and we played with people from ages 12-60. I sat out and officiated the first two rounds. I don't think that's necessary, but to be a timekeeper and answer any potential questions, I was more than happy to do it. I got to play in the third game, and had a blast.

People were left very excited about the game, and were looking forward to playing more!

Great party game with lots of people. It's a simple premise with lots of ways to make it complicated. The game involves some intrigue (i.e., deception) so you have to play it with the right crowd—the kind that won't hold a grudge if they were successfully snookered. But there's lots of variations, some of which work better than others. It goes really fast, which was hard at first, but the quickness is a virtue