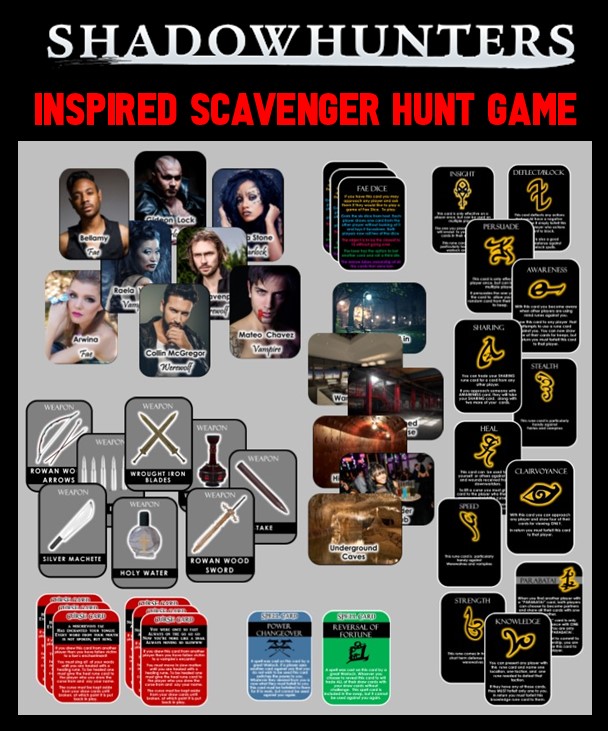 Our Shadowhunters scavenger hunt party game was designed using the same idea as our very popular Clues, Spells, and Curses Scavenger Hunt, except themed and tweaked with Shadowhunters in mind.

This hunt mixes elements from the board game Clue or Cluedo, but take away the board and replace it with a scavenger hunt - add in some fun elements like magic, runes, clues, curses, spells, and underworlders and you have THIS game!

The goal of this game is to determine who kidnapped the young nephilim Aurora Piperwood. We know it was done by one of eight underworlders.  It is the players job to determine which underworld it was and where they are keeping her and then use the correct defenses (runes and weapons) to defeat the villain. This is done by finding the cards that represent these underworlders and places and eliminating them the same way you would in the board game Clue.

While players are searching the play area for these cards they will also come across other cards that will be useful game play such as runes and spells that help them interact with other players to see if they have any cards they need to win the game.  They will also come across curse cards which they will be used to 'curse' other players into having to perform hilarious actions for the duration of their curse.

SEE BELOW FOR FULL DESCRIPTION

Players race around the playing area to discover clues to determine which underworld kidnapped the young nephilim and where they are keeping her! 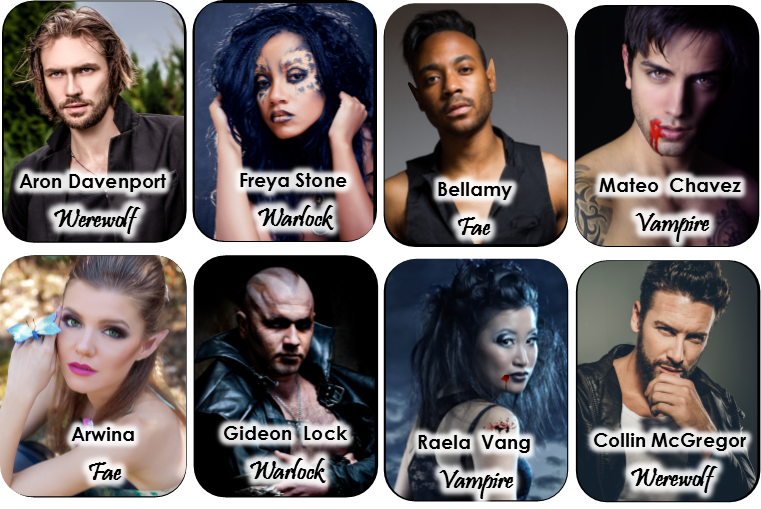 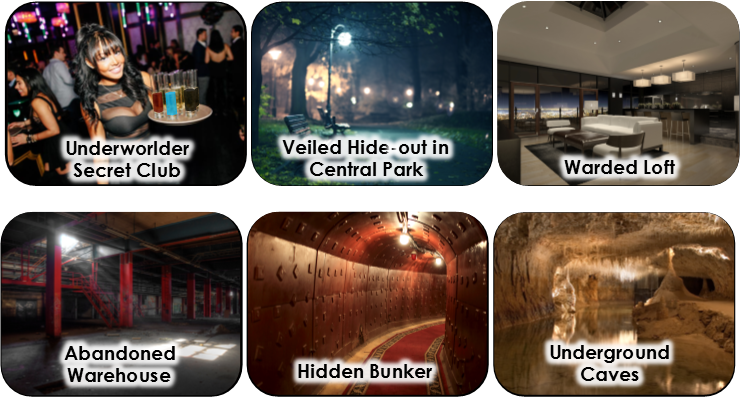 Players must also determine in which secret location does the kidnapper has Aurora hidden.

There are 8 printable cards (game cards) that represent each suspect, and six that represent the secret locations. At the beginning of the game the host randomly removes one of each type of card and hides the others (along with the other cards - but more on that in a sec).  The two that were removed are now called the solution cards and now represent who the real kidnapper is and where they are hiding. Players must race around the playing area finding the other cards and marking them off their list (lists provided with game) of possibles until they have determined what the solution cards are by process of elimination - just like in the board game Clue.

As described above, players race around looking for the cards they need to determine the Who and Where.  Once they find a card they hold onto it - so how do players find out what cards other players have in order to eliminate them off their cards?  That is where the fun multiplies!!

RUNE cards:  These cards enable players to interact with players in different ways.  For example if two players both have a PARABATAI rune card then they can team up as allies in the game.  If a player has the CLAIRVOYANCE rune card they can view another players cards, if they have the PERSUADE rune card the players they reveal this card to must give them one of their cards. 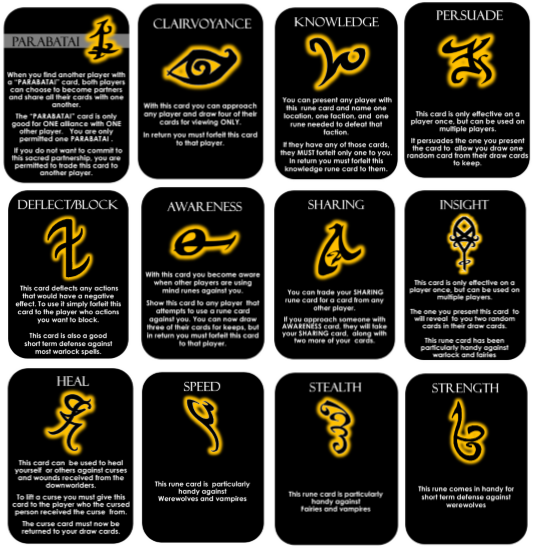 OTHER CARDS IN THE  shadowhunters SCAVENGER HUNT

FAE DICE: Fae dice allow a game within the game and gives players a chance to make a friendly wager -the stakes being their cards. To include this card (it is optional) you will need to hide six dice with a card. 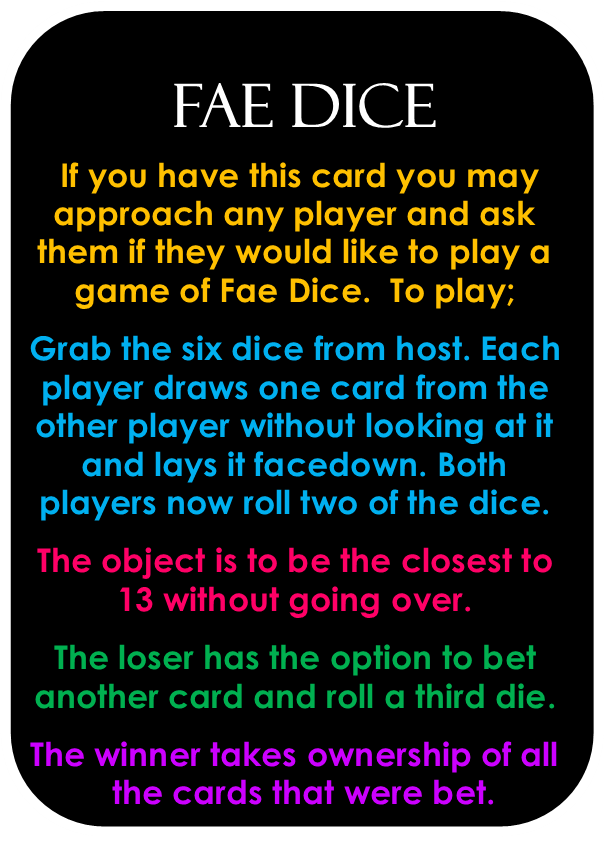 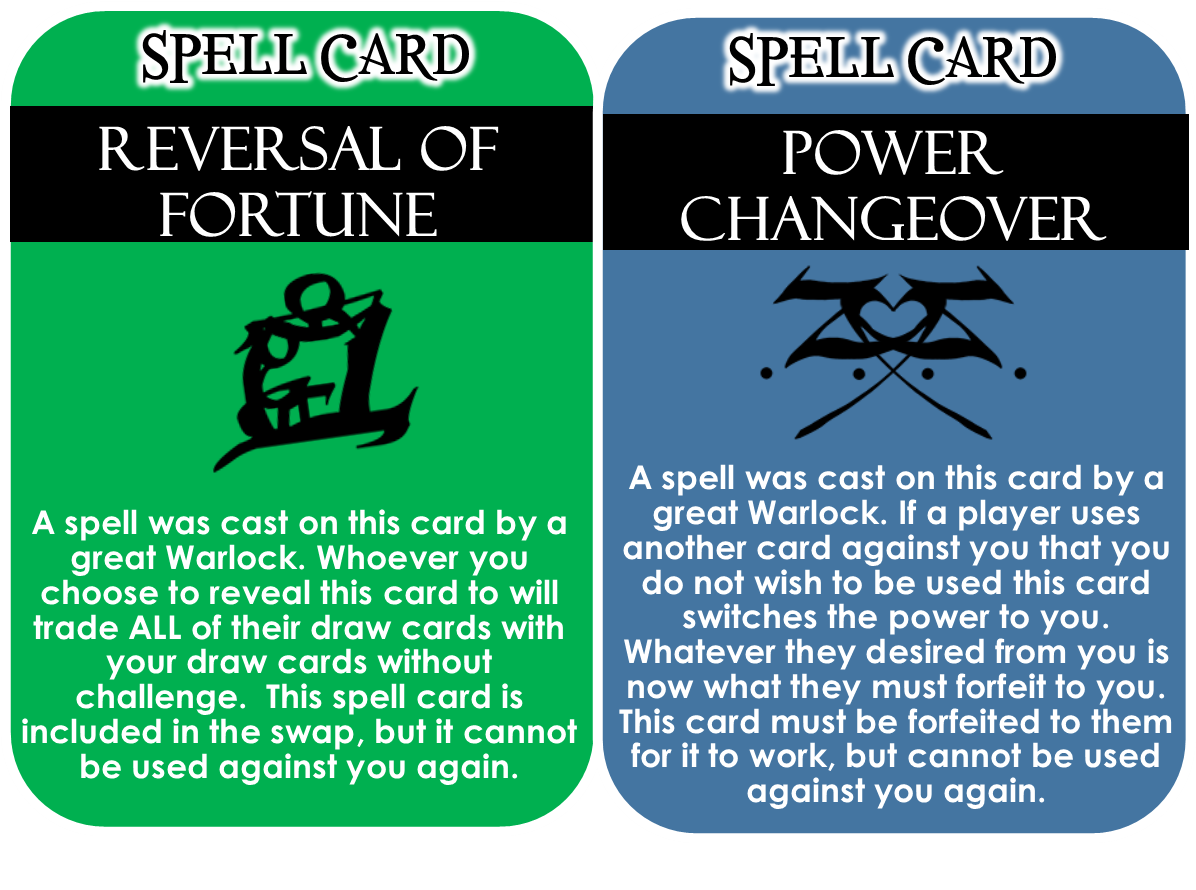 Spell cards: There are two spell cards included in the game.  One allows the player holding it to switch entire hands with another player.  The other allows the user that is being bamboozled by another player to use that against them.

WEAPON Cards:  Last but not least, are the weapon cards.  Once players determine who the kidnapper is and where they are hiding to win the game they have to do one more thing.  They must collect the defenses needed to defeat whatever type of underworld is the villain.  Each faction of underworld has four defence cards that can be used against it - you will need to have three of them in your hand to win.  When you have three you can approach the host call out the Who and Where,  show them the three defense cards and WIN THE GAME! 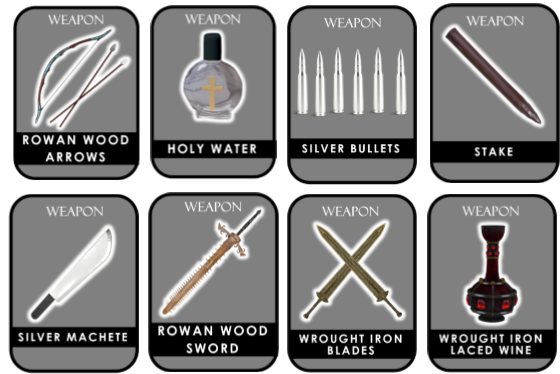 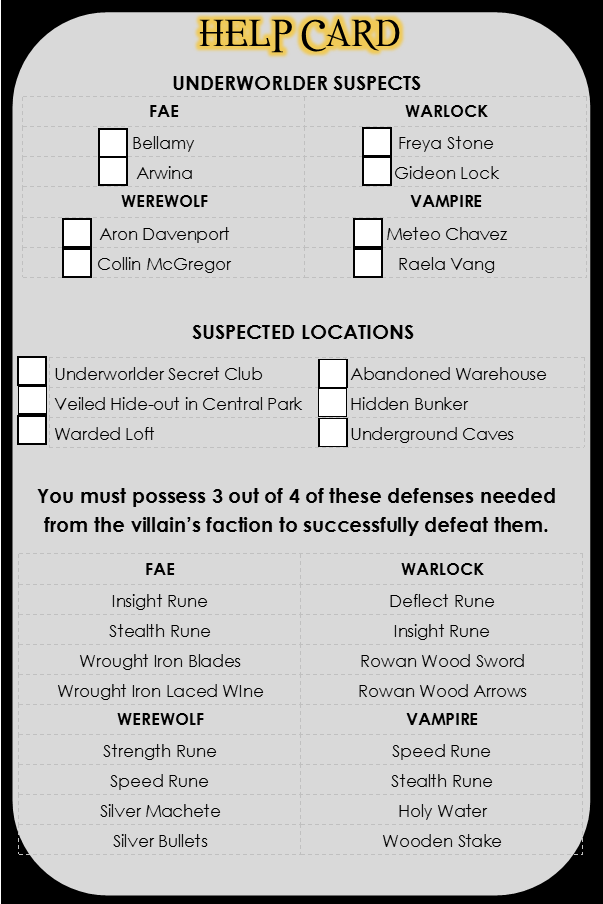 HELP LIST: Each player will also receive a players card to help them keep track of what they have found.

WINNING THE GAME: When a player has determined who the kidnapper is and where they are hiding, along with three of the four defenses needed to defeat that villain they (and their partner if they have one) win the game!

NUMBER OF PLAYERS: 6-10 is recommended, but you can double that if you print out a second set of the cards - just remember when you take out a suspect and a location that you remove both sets. players is recommended.

ADDITIONAL ITEMS NEEDED TO PLAY:  dice, envelopes, and plenty of playing space to hide the envelopes throughout. 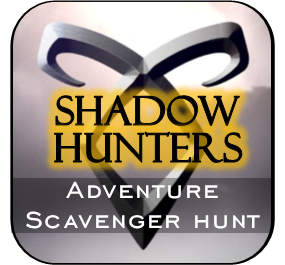