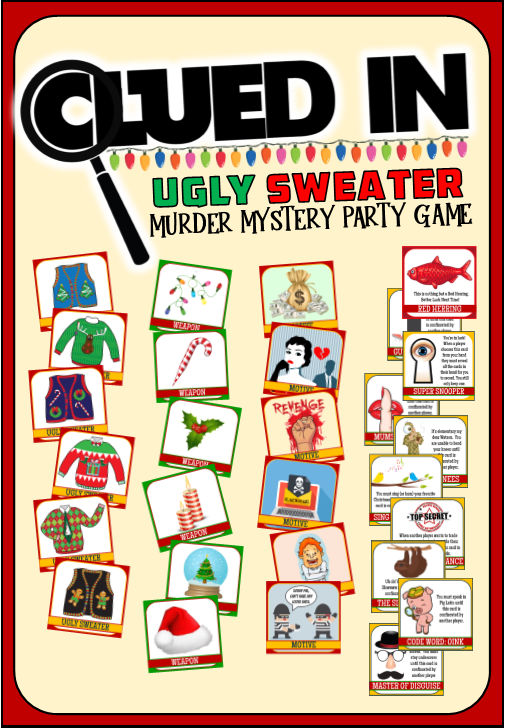 This Christmas party game is great for family, friends, or office parties.

The Game cards are divided equally among the players.  Most of the cards are going to be an ugly sweater card, a weapon card or a motive card.  Other Cards include Plot Twist cards that have a challenge for the player holding it, and also Red Herring cards that basically serve as try again cards.

Depending on how many players you have each participant will be given 2-8 cards at the start of the game, along with a File Case sheet to mark the cards they find.

Before the game begins the host removes one ugly sweater wearing suspect card, one weapon card, and one motive card and them put them aside as the solution for that game.

The players goal is to trade cards with the other players and mark out the cards you collect on your case file card. Once they have deducted what the solution cards must be they can win the game! 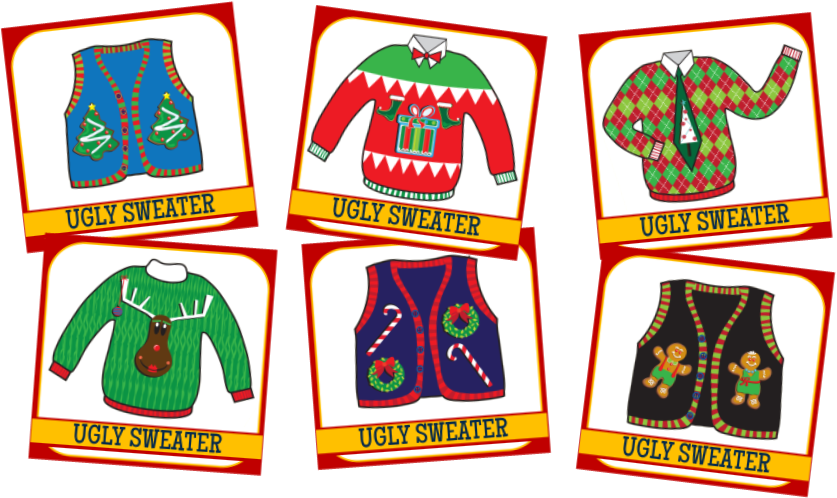 The game feature six ugly sweater cards each belonging to one of the six suspects.

This murder mystery ugly sweater party game features six murder weapon possibilities, but these are just any murder weapons they are festive murder weapons - because if you are going to murder someone around Christmas you at least got to make it festive :P. 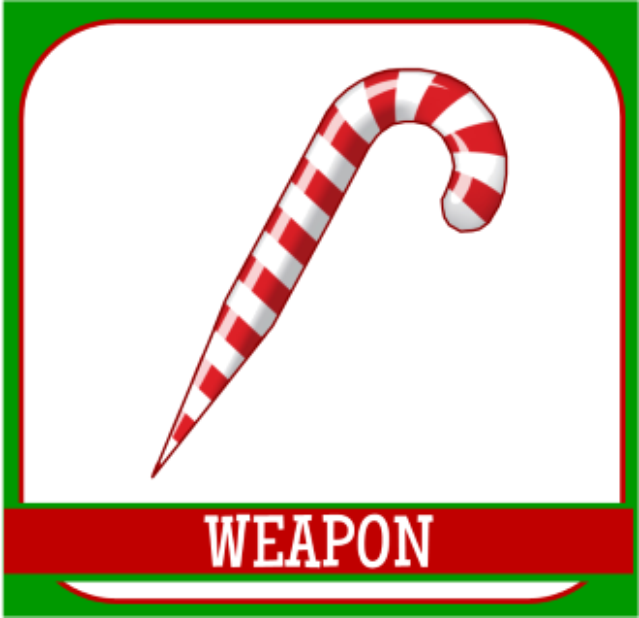 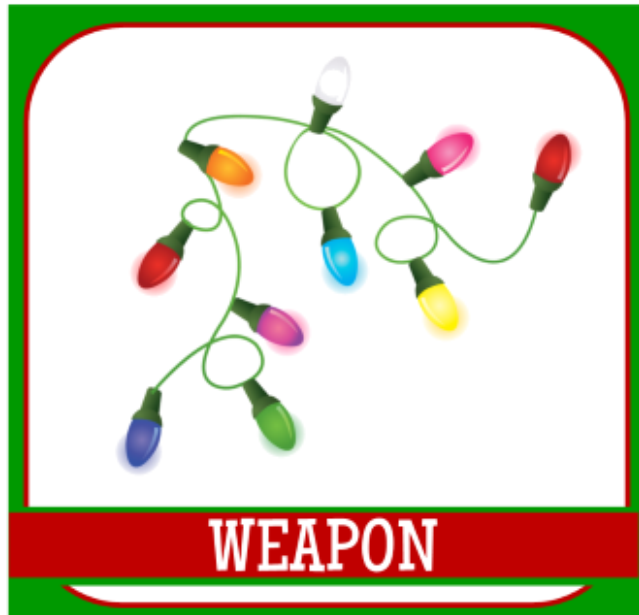 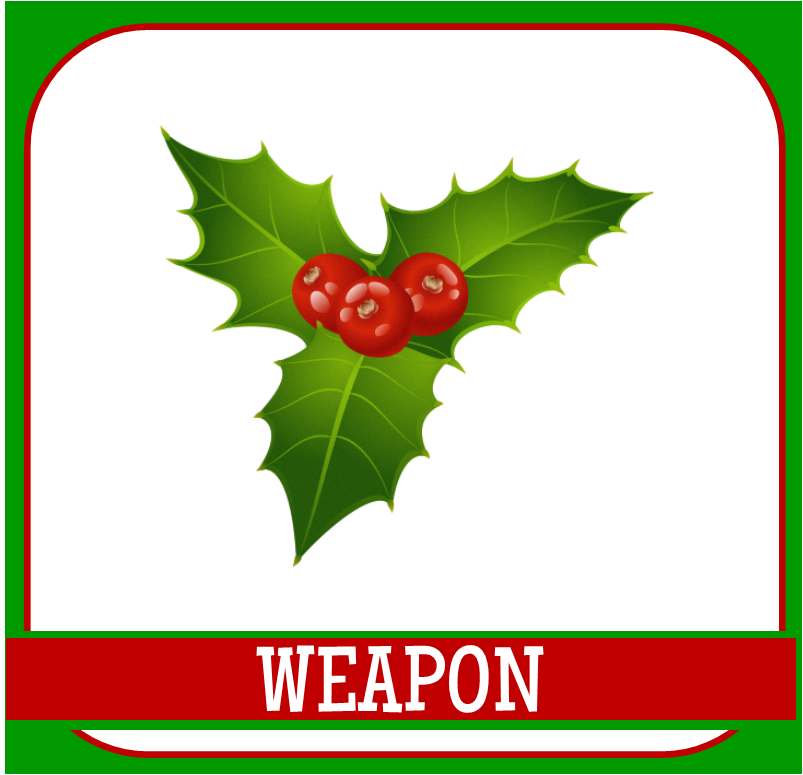 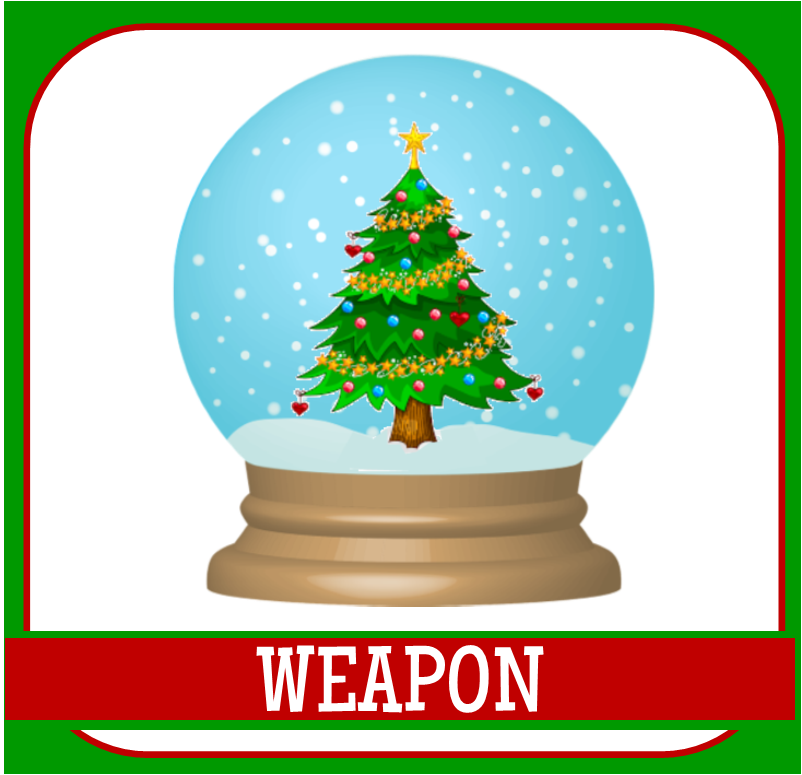 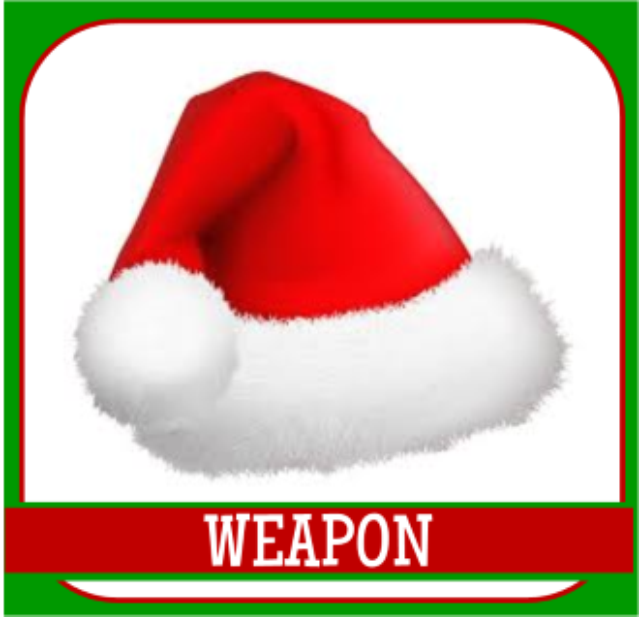 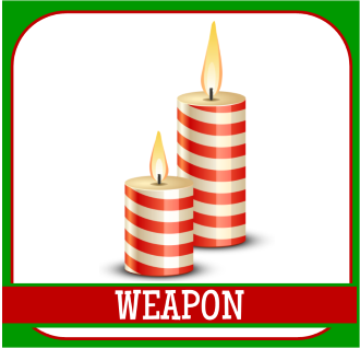 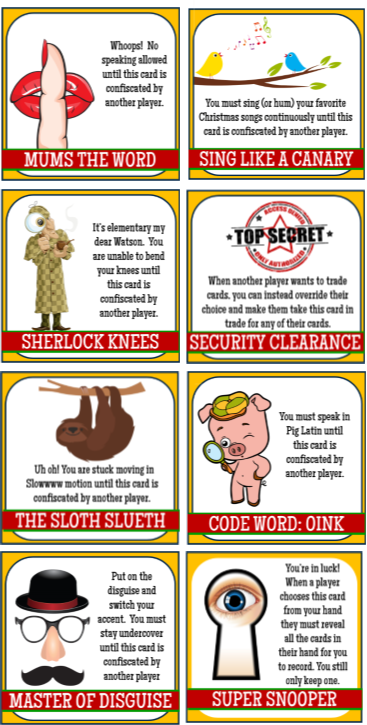 Plot twist cards are cards that add a bit more intrigue to the game.

If a player has a plot twist card in their hand they must obey it's rule (if it has one) until another player takes that card.

Sometimes the cards offer advantages in the game such as the SUPER SNOOPER card that allows the player holding it to see all the cards in another players hand or SECURITY CLEARANCE which lets a player refuse to show their cards to another player. 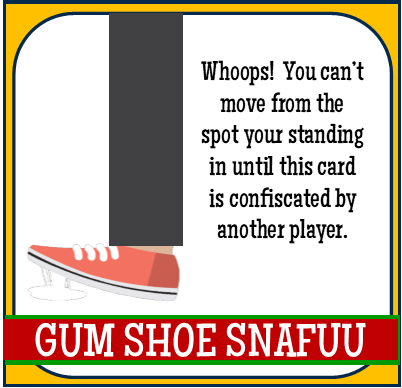 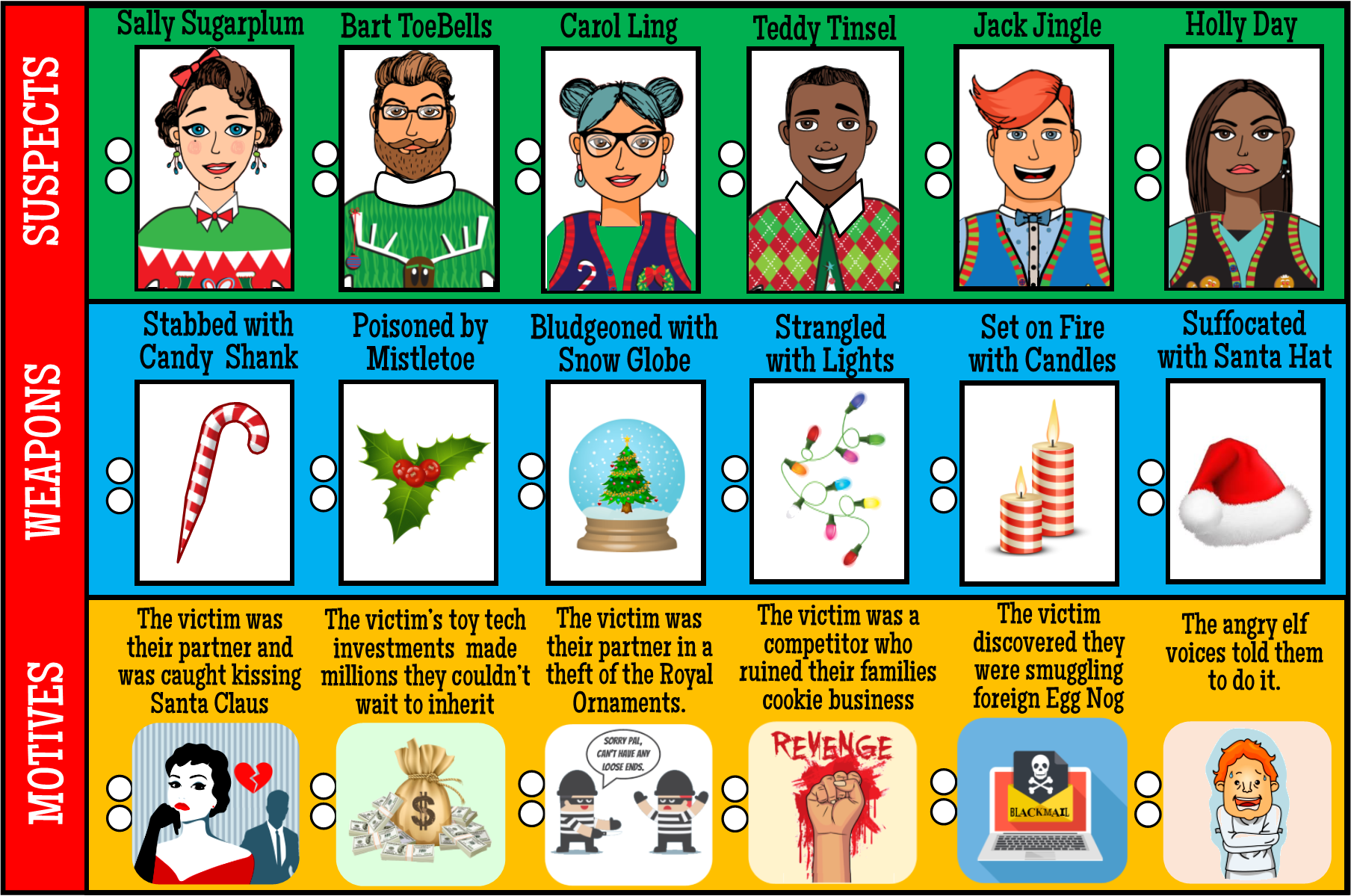 This is the sheet (it prints out 2 per page) each player gets at the start of the game to record which game pieces they discover.  Each picture has two circles next to it because there are two of each in the game, EXCEPT for the solution card.  When a player can mark off both circles they know they can eliminate that suspect, weapon, or motive from the winning solution.

Another cool thing you will notice is the actual suspects don't have a card.  You will have to match them with their ugly sweater to know which one to mark.

First player that is able to name the correct suspect, weapon, and motive wins the game!

Your game will arrive via email within moments of ordering.

This game comes in a high resolution PDF file. Game Set-Up and Host Instructions are included in the download, but if you have any questions about the game please email me at HappyPartying@gmail.com